Even though the next stop on our tour was Chinatown, the first sight from the bus as we approached was this very ornate Hindu temple: 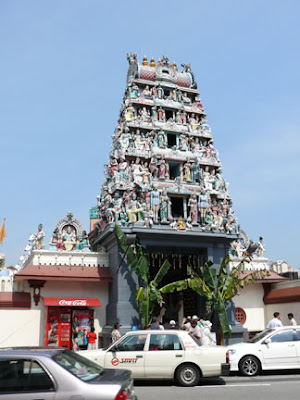 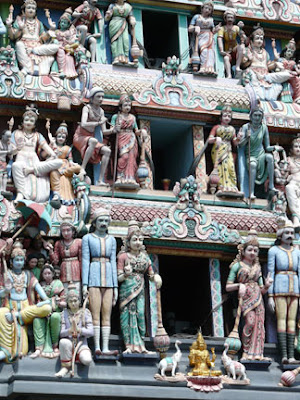 We were given twenty minutes or so to wander around the area, and some chose to visit the inside of the temple, however we felt we would see more by just exploring the sights of the streets. 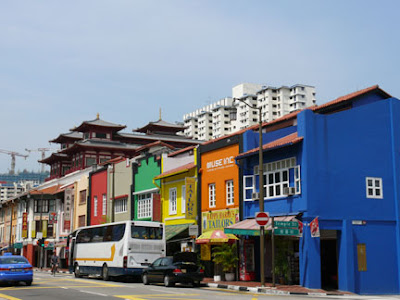 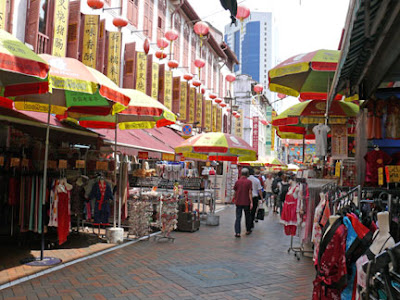 These photos were taken in the open area where we reboarded the bus. Apparently it was a popular waiting/meeting spot: 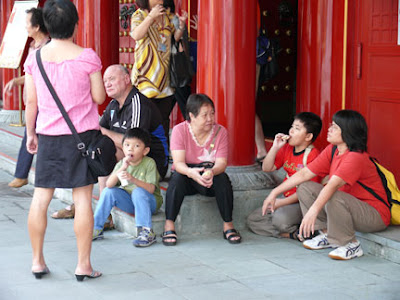 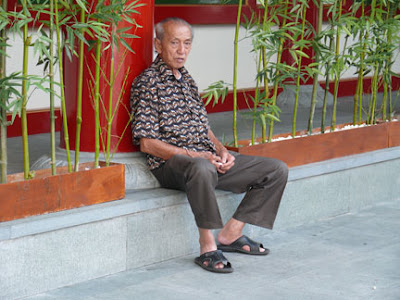 The bus then took us to the premises of Singapore Gemstones where we were shown the machines, though no one was working since it was Sunday, and then went upstairs to the showrooms. In the first room there were many three dimensional pictures built up of small pieces of various semi-precious stones: 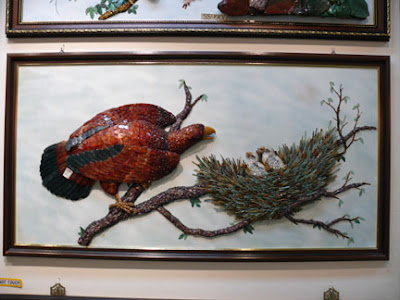 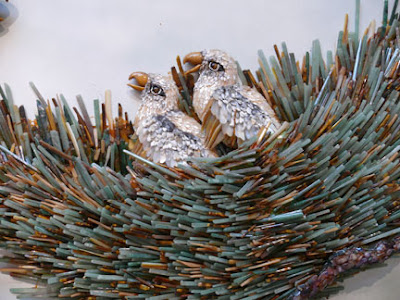 The pictures were beautifully crafted but not really to my taste.

The next room had jewellery and watches - we didn't buy anything but admired the workmanship.

And then it was time for our final stop at the Singapore Botanic Gardens. They are green and lushly tropical. We had free entrance to the orchid gardens, which are normally charged for (the rest of the gardens are free), so that's where we spent our time. Within the orchid gardens, the Cool House was a very popular destination - a welcome relief from the tropical heat and humidity. 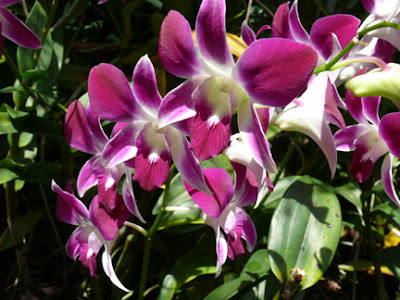 Epiphytic orchids from the Cool House: 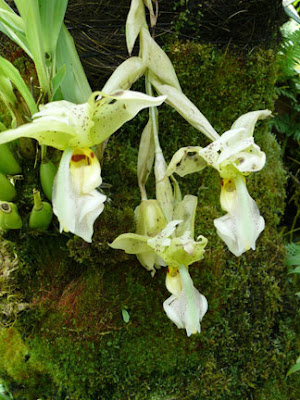 There was also a carnivorous plant display in the Cool House: 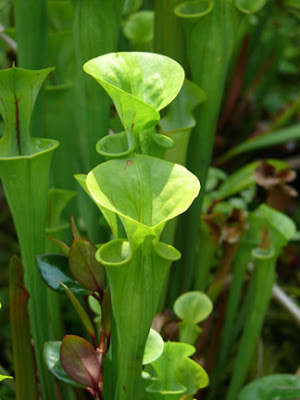 Posted by Catherine at 3:51 pm

Beautiful orchids. I can appreciate that just strolling around rather than being hustled and hurried on a tour, would be the preferable option.

Yes, but we saw a great deal we wouldn't have, otherwise. Given enough time, a tour first to get an idea of the place, followed by leisurely exploring on one's own, would be a perfect combination.

Now that's what I call a holiday. You got so much in! Wonderful write-ups. :-)

I loved the differently coloured buildings in Singapore so pretty! But the humidity was unbearable. Imade my parents take a trip to the art gallery nice and air conditioned instead of the bird park!