The ambassador’s blonde daughter
has dark eyebrows which she dyes
with potions flown in from Europe –
one week chestnut, the next mahogany.

The ambassador’s daughter is studying gravity.
She speeds downhill on her bicycle
the chain snaps
parts fly
she swerves past potholes,
tumbles to a halt on the verge
at the foot of the hill
dusts herself off
blowing kisses at all the passing boys.
The young men fetch ice creams
and bicycle parts. She sits on the pavement,
licks up the drips while they perform repairs.

A blessing on the ambassador’s blonde daughter!
May all your ice creams be hokey pokey
your life be ruled by levity
may young men walk tightropes for you
gypsy violins serenade you
in all the countries of Europe
may you dance in the streets
garbed for the fiesta, your skirts frilled and flounced,
your eyebrows striped green red and blue.

Tuesday Poem returns this week from a summer break. I thought I would start the year with one of my own poems, which was published in JAAM at the end of last year. The inspiration for this poem came from a school friend of mine who was, indeed, the "ambassador's blonde daughter" - though there is nothing in the poem which is strictly untrue, it somehow seems to have become heightened and glamourised along the way!

"Hokey pokey" is New Zealand's favourite ice cream flavour, it is vanilla ice cream with chunks of hokey pokey in it - a sort of honeycomb toffee. Delicious on a hot day.

Posted by Catherine at 8:20 pm 4 comments

These two unrelated images have been sitting on my desktop for a week or two waiting for me to post them. Since I am now back at work and hence well into 2013, I thought it was time to post them and move on. 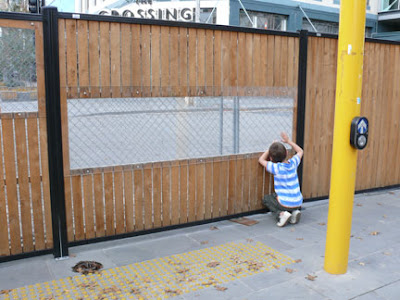 The epitome of Christchurch as it is now - a small boy peers through the fence at the end of the Restart Mall, which separates the cordoned off parts of the city from shoppers. The cordoned area is gradually shrinking, but we have a way to go yet. It reminds me of our childhood trips to the zoo, but instead of peering through the fence at wild animals, children now peer at cranes and diggers. 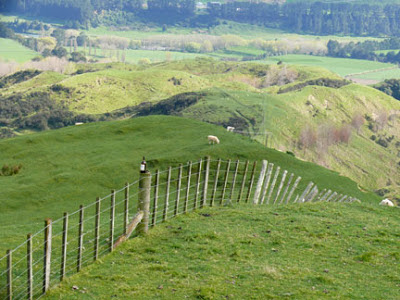 This one was taken in the middle of the North Island. We stopped at a lookout to admire, and photograph, the view, but instead of the magnificent vistas in the distance, my eye was caught by this bottle perched on a fencepost. Despite not being able to satisfy myself with the right composition of the diagonal lines of the hills and fences, the image lingers with me, as I'm still wondering who left it there, and why.

This is the view out of my living room window 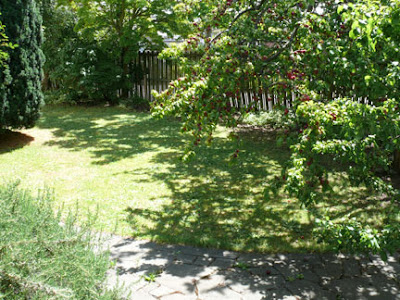 Looking at this reminds me that I am going back to work on Monday, and all the gardening that I planned to do over the break is far from completed. Such as those weeds in the paving stones. The plum tree is in need of pruning, so we can get in and out of the front door easily, but I won't do that until it has finished cropping for the year.

And then there is the view through the other window: 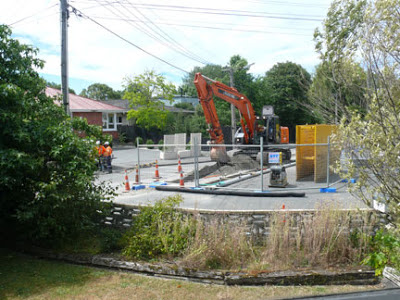 Roadworks are a part of life in Christchurch. This lot are replacing earthquake damaged sewer pipes. We can't drive in and out of our street during the day, so my car is parked a block away.

I have been making inroads into a group of small patchwork quilts that I want to complete and send off to their intended recipients. It's a project that has been sitting around for quite a few years. I found when I set up for machine quilting one of the quilts that I couldn't figure out how to do it from the manual. I knew how, once upon a time. I think I will have to take my sewing machine to the dealer on the other side of town for some instruction, and to figure out if the problem is with the machine or the user. But as soon as I step outside the door, the hot wind blasts in my face, and then there is the issue of having to carry the machine to the car.

At least it's not as hot here as in Australia where they had to add new colours to the weather map to show how hot it is, and in some areas they had to stop serving petrol because it was evaporating.

Posted by Catherine at 4:00 pm 0 comments

Looking back over my photos, I have quite a few which show the ways locals have attempted to brighten the city, which otherwise would look very shabby and depressing with all the demolitions going on since the 2010 and 2011 earthquakes

This building had windows boarded up with hardboard, so someone decided to make large photographic murals depicting various activities apparently going on in the empty apartments 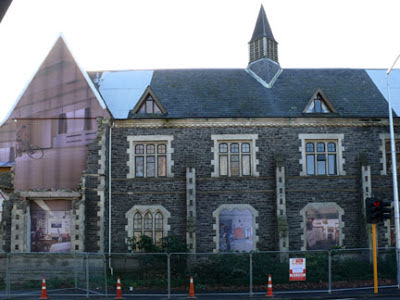 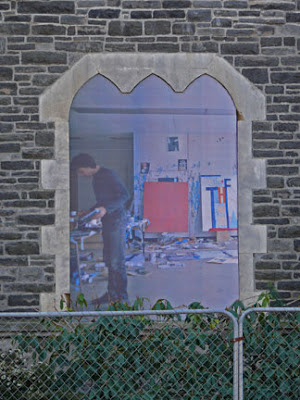 Unfortunately efforts to save this building failed, and it has since been demolished. No buyer could be found who was willing to pay the huge cost of restoring it. 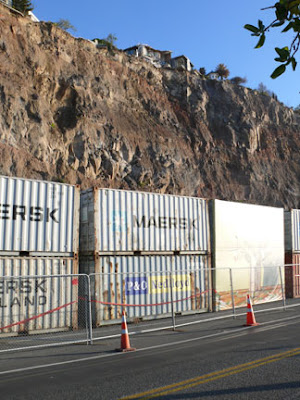 On the road to the beachside suburb of Sumner, shipping containers have been installed to protect the road from rockfall. 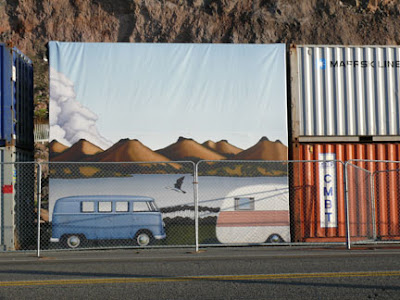 The containers have been converted to a gigantic outdoor art gallery.

And then there are the more conventional sorts of murals: 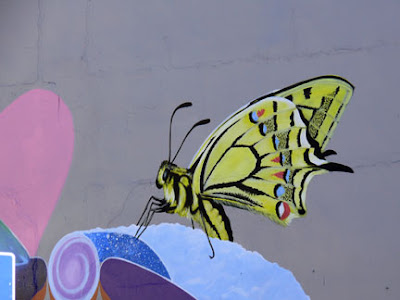 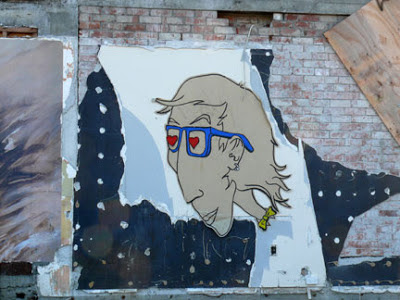 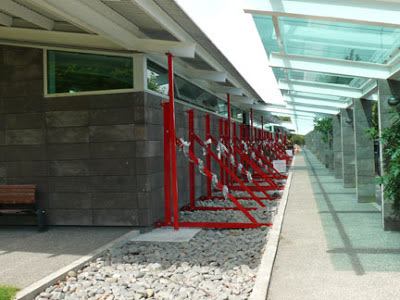 Posted by Catherine at 4:51 pm 1 comments 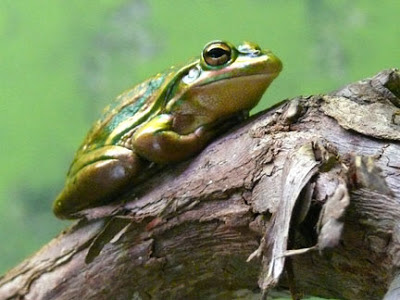 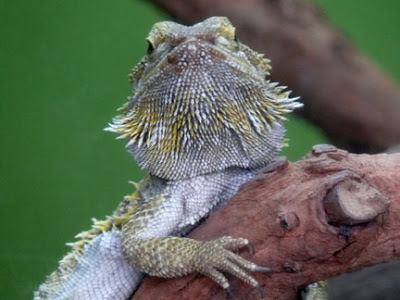 I was looking over my photos from 2012, many of which I intended to post here but never quite did. Here are a couple of wee guys from Hamilton Zoo - these were among my favourites.

I haven't linked to Thematic Photographic for a while, but this week's theme is favourites, so it seemed a good time to go back there. I'll be posting more 2012 photos in the next week or so, I suspect. Some of them are favourites, and some of them - well, I can't judge the photographic quality, as I can't see past the subject matter, born out of a need to document what is going on in Christchurch as more and more buildings are pulled down, and new ones start to take their place - rather slowly. Next week, the march of the road cones reaches our street. I may have to get out and take more photographs, just to escape from the inevitable construction noise.

Posted by Catherine at 2:11 pm 4 comments

I've been pondering the direction I want the blog to take this year, though I haven't come to any conclusions as yet. My earlier posts were quite varied, then I joined Tuesday Poem and found myself posting a poem a week, which eventually became almost my only posts.

I'd like to get a bit more variety back, and I haven't yet decided whether to keep up with the Tuesday Poem. I haven't been writing enough poems to post one of my own every week, and getting permission from other poets can be a bit time-consuming at times.

I haven't made any New Year resolutions. I haven't chosen a word for the year. (I thought I might try that one year - it seems a popular idea in the blogosphere. I chose "open". And then we had a rather large earthquake, and the word took on meanings I hadn't really anticipated. Such as all the buildings that were literally "open" after walls fell down, even rather private rooms such as toilets being on public view.)

I have been reading Oliver Burkeman's book The Antidote: Happiness for People Who Can't Stand Positive Thinking. It's a very interesting and apparently well researched read, which calls into question the benefits of many aspects of popular psychology such as goal setting and affirmations. More in another post - perhaps.

One thing that he does seem to support is the benefits of mindfulness. So I am trying to mindfully keep in mind some of my unfinished projects, and actually do something about them.

It's been a quiet New Year for me, on the whole. I didn't even stay up till midnight. It occurs to me that it is a strange way of celebrating new beginnings - to party like crazy until the old year is finished, then spend the first day of the new year too hung over and blobbed out to do anything! (That's my excuse, anyway).
Posted by Catherine at 11:15 pm 1 comments