I shouldn't publish in such a hurry! I forgot the "leaves" part of the post. I spent a good part of the morning yesterday sweeping up leaves from our driveway and tidying the garden. I swept the earth off the concrete where the birds had been digging in the garden and tossed it up. I now have a large raw blister at the base of my thumb from the broom handle.

Of course now there are nearly as many leaves on the driveway as there were, and the birds have been digging and throwing up soil again. I had to cover the flowers that I planted in this spot with netting because the birds kept digging them up. I've taken it off now because I felt they were established enough, and it didn't look very pretty.

I have been picking up chestnuts on my walks. I like to keep one in my pocket in autumn because of its smooth feel. It is a sort of talisman for me.

Some trees have entirely changed to autumn colours, others are still green. Not for much longer, I suspect.
Posted by Catherine at 6:01 pm 1 comments

When I posted about the poetry evening, I wanted to create a link to MCB, but I didn't know how to do it. So I have been studying. It turns out that many of the formatting features in blogger don't show up if you are using Safari (the default browser on the Mac). So there are two options: either download another browser, or learn HTML.
So, here is the link for MCB - otherwise known as Madras Cafe Bookshop, a really nice little bookshop which just happens to stock "our" poetry book. They have a couple of copies left if you want to order online. "The Chook Book: Free Range Organic Poetry" by the poetry chooks - Barbara, Christina, Di, Victoria and moi
Posted by Catherine at 5:54 pm 0 comments

This evening I went to the MCB for an evening of poetry. Open mic for the first half and guest readers (Leonard Lambert, Jan Fitzgerald) for the second half.
I have been going to the Canterbury Poets' Collective autumn series ever since I first started writing poetry around 1999, after a summer school course in creative writing. I think it was the second time I went that I dared to get up and read a poem. There are some in the audience who say they wouldn't dare. Actually, I don't think it's that big a deal. After all most of the audience is probably thinking one of two things: (a) is my reading going to be OK? or afterwards, was I OK?
(b) how brave they are for reading, I wouldn't dare.
For the most part the audience is warm and appreciative of a very wide range of poetry - sad, silly, sometimes sublime but rarely totally ridiculous.
As a newcomer said tonight "Now I know what poets look like. They look like people".
Posted by Catherine at 11:29 pm 0 comments

From the Sublime to the Ridiculous

Today was the last day of the Commonwealth Games. I wasn't watching any of it on TV because I went orienteering instead. This is the one sport I do, because concentrating on the mapreading takes my mind off the fact that I'm exercising harder than I would under any other circumstances.

It was a tough course and I took a long time. It wasn't helped by some bad decisions - terrain that looked passable at first until I found myself stuck in the middle of a huge patch of gorse bushes. No way forward and the way back seemed to have closed behind me. I have what looks like a bad case of measles on my legs. Actually it is the effect of dozens of gorse and matagouri prickles coming through my trousers.

On the other hand there were bellbirds in the beech forest singing their beautiful melodic songs. And I didn't come last (not quite). And I really appreciate the spa pool which I soaked in for an hour or two when I got home.

It has been suggested by many that New Zealand athletes failed miserably at the Commonwealth Games because they didn't win the expected number of medals. Well, nothing wrong with trying to improve next time. But all I can say is that I think that anyone who does well enough at any sport to represent their country is amazing. And, congratulations to the women's netball team for their gold medal (go, Belinda).

Trivia question of the day - who knows what national anthems were played for England, Scotland, Wales and Northern Ireland at their gold medal presentations? ("God Save the Queen" being the anthem of the United Kingdom, not of the separate countries that make it up).
Posted by Catherine at 9:42 pm 1 comments 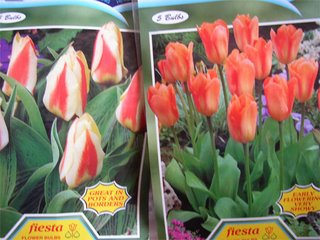 I love Sudoku! I have a cute version on my computer called "Snoodoku" which has funny little faces instead of numbers. Every so often I resolve to cut down on playing Snoodoku. I'm not so good at this though. I'll finish something that I'm doing and think I'll just play a game or two before I move on to the next thing. Even if I stick to the one or two games, it can add up quite a bit if it happens often enough during the day.

Today I decided that the only solution was to resolve not to play at all. So, what have I done instead? Here are a few:
Sorted and ironed a pile of laundry
Vacuumed the conservatory that houses our spa pool. Because it is normally locked, it's a case of "out of sight out of mind". I don't see it (unless I'm sitting in it, in which case I'm relaxing and not cleaning). I also hosed down the outside, so the windows are sparkling on both sides. And I took photos of the dead praying mantis in the spider web (insides partially exposed) and the live praying mantis on the window.
Spent some time writing notes for a poem. My game plan is to spend half an hour writing every day. I don't keep to it as often as I'd like though.
Baked a batch of biscuits (cookies, for any Americans out there).
And, I went for a long walk to the garden centre and bought tulip bulbs. Bright orange tulips to plant in my cobalt blue planter plots to brighten up spring. Until then, I will visualise them to brighten up winter.
Here's a picture of the tulip packets so you can see what they will look like (see, I'm learning how to blog - first, how to make a post, then, how to post an image. Next up will be how to include a link in my post)
Posted by Catherine at 8:06 pm 0 comments

Everyone is doing it! I decided that there was no point in saying I might get a blog some day. Why not just do it?
This is a learning curve. I found all sorts of issues arose immediately. For instance, I needed a title. So I picked a line from a poem I wrote a few years back:

Now I have broken the ice, as it were, it should be easier to write a post when I actually have something to say
Posted by Catherine at 9:42 am 1 comments