At the end of August we went for ten days to Queensland - first to Bargara, near Bundaberg for a few days and then a week in Noosa on the Sunshine Coast. I have far too many photos to post all of the halfway interesting ones - I found when selecting that I was drawn most to the wildlife photos. It turns out that on holiday, I like to photograph birds. lot.

First though, one for Carmi since his Thematic Photographic theme this week is "after dark". This is taken in the centre of Bundaberg - not a very large place, but the home of a well-known brand of ginger beer, and a similarly well-known brand of rum. 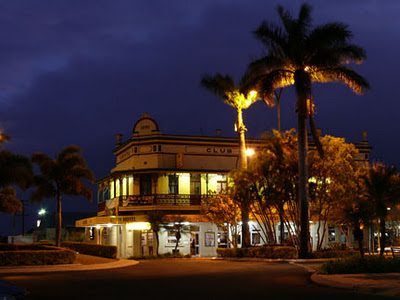 Now for some Australian birds: A magpie - I think 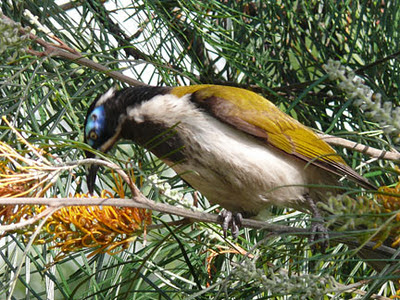 One of the many species of honeyeater 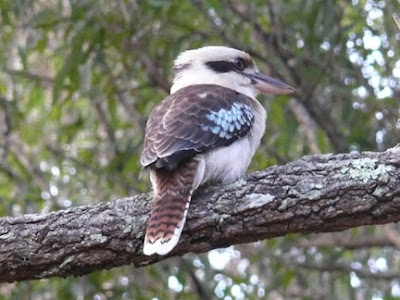 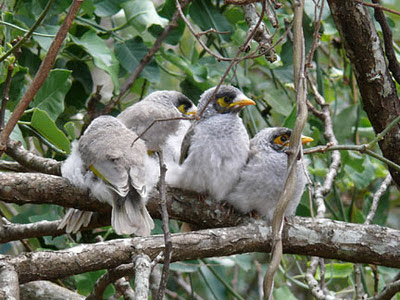 We photographed these baby birds for quite some time, trying to get a good shot. The parents were flying in and out, feeding them. Unfortunately the only shots that I managed to get with the parents in action were blurred.

And some other wildlife: 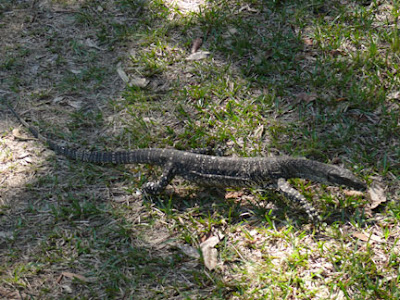 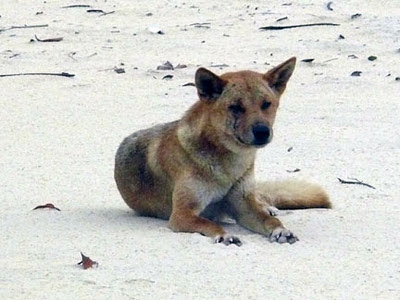 We saw the goanna when we took a cruise through the Noosa Everglades, and the dingo was spotted on the beach at Fraser Island, where we took a four wheel drive safari - it is all sand dune territory and the roads are very rough. 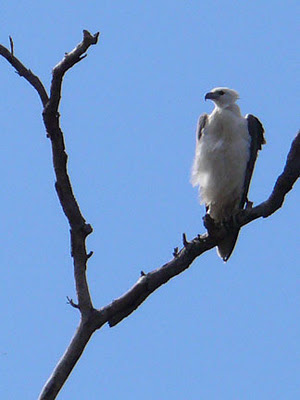 The sea eagle was perched on a tree in the everglades, too.

Just for variety, a sign from the art gallery in Bundaberg: 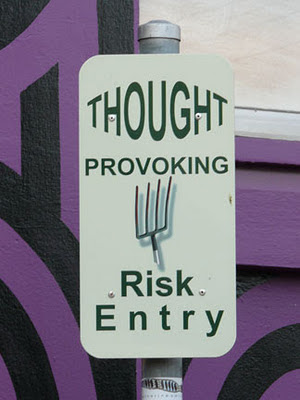 And a sunset to round things off: 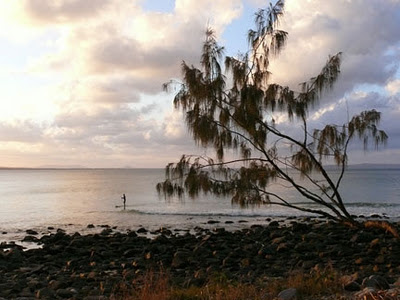