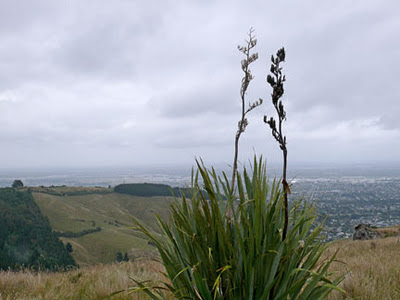 My first long walk of the New Year today. With many of the tracks closed due to rockfall hazard, I had been itching for variety. The City Council promised that the Rapaki Track would reopen before Christmas, and they were true to their word. The press release announcing its reopening was issued at noon on December 23rd. Within a few hours we had had two more major shakes, and the track was closed again.

There have been walkers and joggers using it regardless - but I hesitate, not so much for fear of rockfall, but out of the knowledge that if something did happen while I was up there, the chances of ready assistance would be lessened due to the numbers of users being so much fewer. Today I headed up the Mt Vernon farm track instead, as I had found that it is open. It is longer and steeper than the Huntsbury track where I have been doing most of my walking, as it starts pretty much at the valley floor, instead of being accessed by a road that goes a good way up the hill. When I reached the top, I walked along the summit a bit and came down the Huntsbury track, and back on the roads to where I had left my car.

I found myself setting my feet on the hard ground, feeling its solidity and marvelling at the fact that it is not always so. It seemed difficult to believe that the ground could split open and boulders could come crashing down the hillside, but that has been the case in the last year. I've been inside buildings for all of the major quakes - either at home or in my office, which is in my boss's home. So I haven't experienced the terror of being on the seventeenth floor of a swaying building, or in a crowded supermarket, or under a crumbling parapet. And I haven't seen, as many have, the ground ripple and wave as if it was as fluid as the ocean. There was only one shock - about a 4.0 - when I was in the garden, and the railway sleeper I was kneeling on bucked like a horse trying to throw me, just for a moment. I felt it rather than saw it. In my mind, it's not the earth that shakes, it's the house, which is a lot easier to cope with, I think.

The flax in the top photo, like me, is between years - one stalk bears last year's dried husks, and one carries this year's flowers. 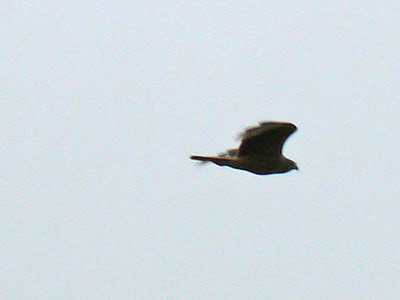 I tried to photograph the hawk, not very successfully as it was too far away. I'm pretty sure it's a hawk (kahu or Australasian harrier) but if anyone thinks otherwise, leave a comment. 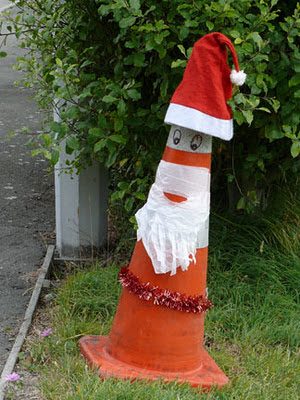 Christchurch is "road cone" city since the earthquakes. This one has been decorated for the season.
Posted by Catherine at 6:14 pm

I found your blog in my bookmarks and visited to remember why [life does get complicated]. What caught my eye is that you live in Christchurch, a city of which we are very fond and in which lives one of our closest friends.

We worry for the city and its people with every earthquake report we hear. We are lucky to get a closer view than most living outside of Christchurch, as our friend is part of the rebuilding.

I hope you and Christchurch have a better year this year, than last.