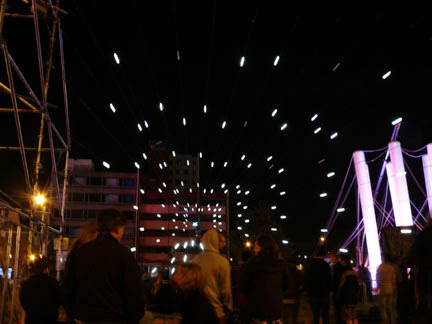 Festa is the Festival of Transitional Architecture, which is a yearly event in Christchurch since the earthquakes. This year's big drawcard was Cityups, in which architecture students transformed two blocks of the city with lit up structures, there was dancing, night markets, street volleyball, illuminated carts to race and various other entertainments. It probably couldn't happen anywhere else - where would you find so much empty space in the middle of a city?

When I saw that Carmi's Thematic Photographic theme for the week was night, I knew I wanted to wait for this event before posting my contribution. 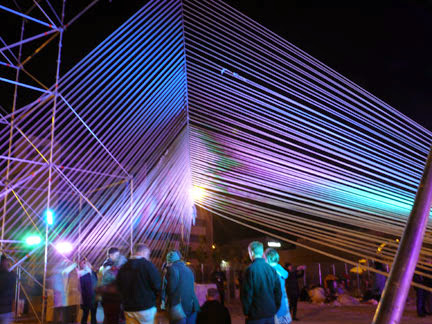 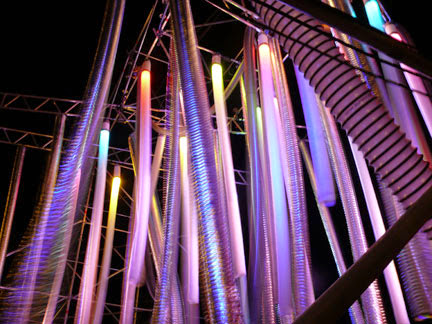 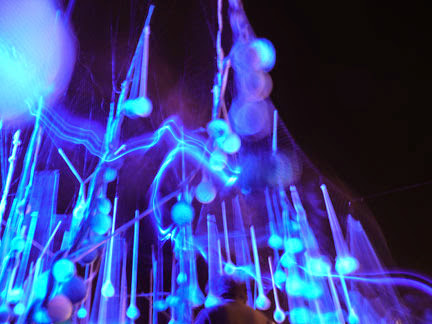 The structures were built with all sorts of novel materials - this one is blue water-filled balloons, which kept moving. I have better focussed shots, but I quite liked the effect of this one. 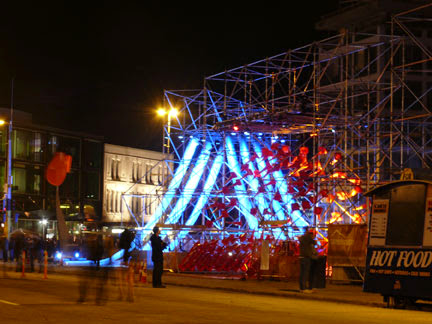 The structure on the left is constructed of plastic bottles, and the one on the right of road cones. 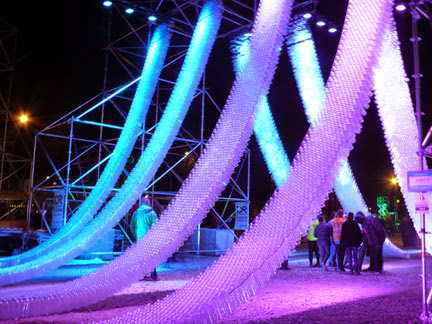 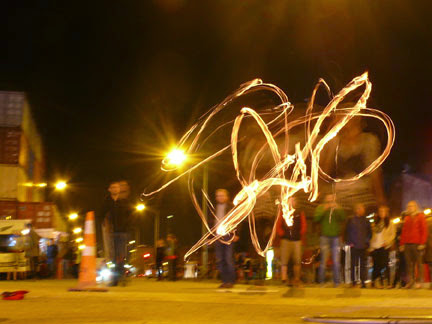 A busker dancing with lit torches. (Long exposure, so she has disappeared!) 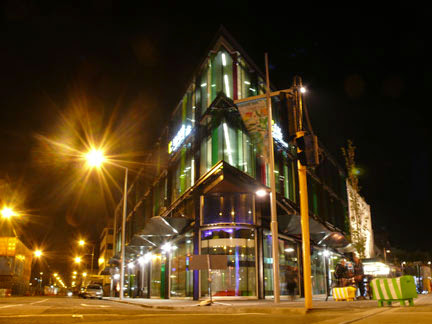 The Strange's building is one of the earliest new buildings built since the earthquakes, and has won several major architecture awards. 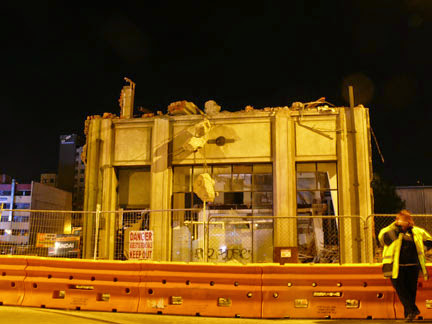 Even the half demolished buildings look better at night.. 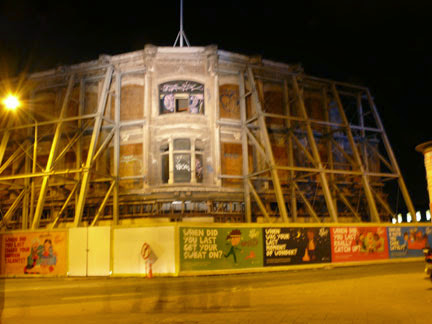 The posters are part of a mental health campaign that has been running here for the last couple of years : "All Right". They encourage us to focus on the simple things, such as "when was your last moment of wonder?" 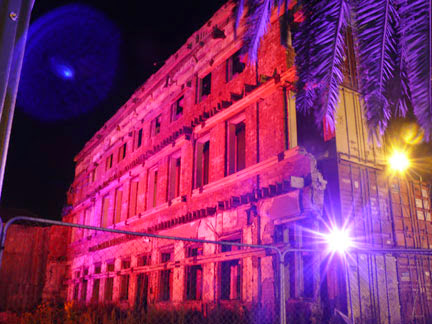 Stunning! this is so good to see - these shots dilute my sad memories of ChCh when I last saw it.

I know orbs when I see 'em!