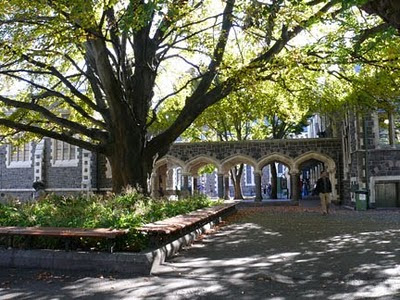 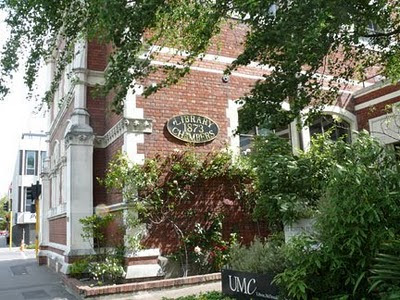 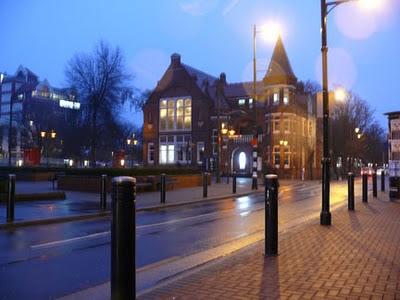 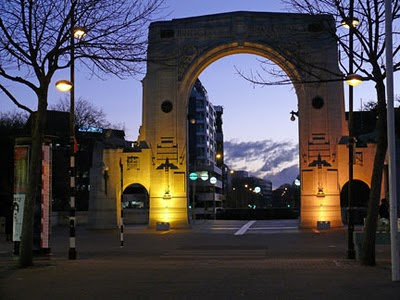 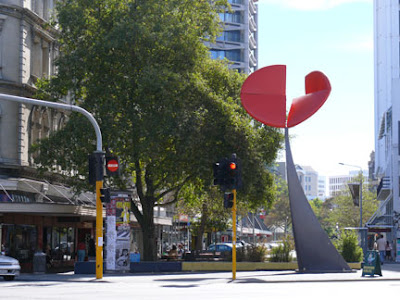 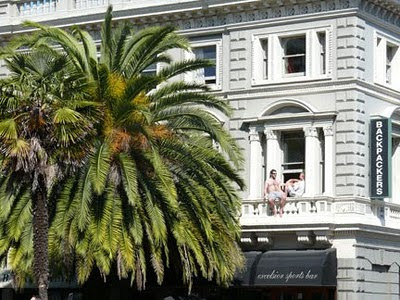 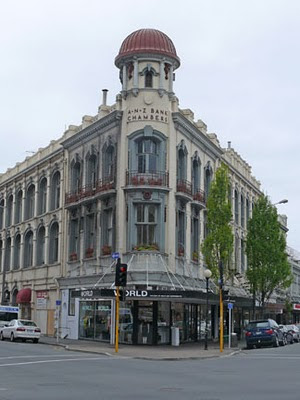 I have been digging around in my photo files for photographs of Christchurch buildings. It looks as if many of these will be gone by the time the cordons round the city are removed. Many, of course, are half gone already. Some are considered important enough to save, but it will take large amounts of money and considerable time.

The modern sculpture with the four rotating red sections still stands. It can be seen in this video flyover of Christchurch after the February 22nd earthquake, with buildings in ruins all around it. The large palm tree still stands, too. I photographed the backpackers' hostel behind it about a month after the September 4th quake, which it survived quite well. It too, is now in ruins. The only evidence I have of that is the video I've linked to above. It is a city in transition, although what it is in transition to is yet to be revealed.

The Bridge of Remembrance is still there too.

this is so sad

I have a relative who lives in CHCH and while her house is still more or less standing it was a rough go for sure. These images are great. Glad you are safe too.

Zeborah, I did read that the bridge is damaged. I imagine it would be easier to repair than a building, though.

Life is full of unwanted transitions, my heart goes out to the people of Christchurch as they deal with this one. Great pictures, hopefully not everything is lost!