I stopped off on my way through the city after work on Friday. A three day weekend ahead. Friday evening always seems full of possibility. These photos were taken between the spot where I parked the car and the bookshop. A moment to savour. 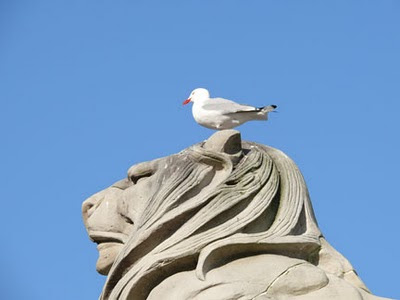 The stone lion is part of the remembrance archway for World War I soldiers. 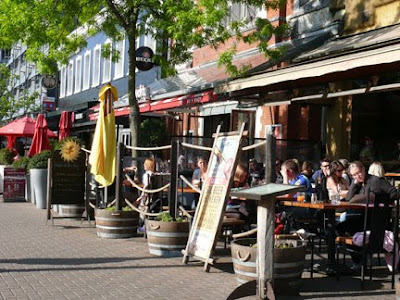 After work chilling out in the restaurants along Oxford Terrace 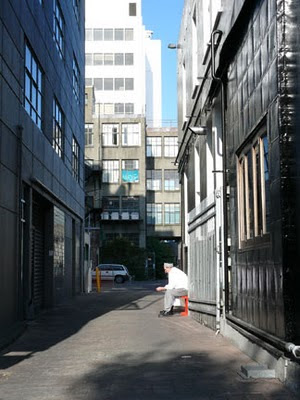 A chef takes a quiet moment in an alley 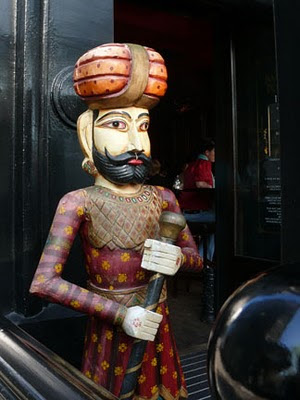 This fellow guards the entrance to the Bangalore Polo Club restaurant.

Today I felt sluggish. Eventually I did a bit of pottering in the garden. There was a massive eight hour free concert put together in Hagley Park to give people a lift after the earthquake. I caught some of it on TV, I picked out the acts I enjoy but I don't do crowds very well, and don't think I would have enjoyed being there, standing up, for hours on end through both music I like and music I don't. Clearly though, from the faces in the crowd shots, it was much appreciated.

And then this evening I dropped my daughter off at a friend's 21st party, in an area still without working sewerage, so I found myself driving past rows of portable toilets on the footpaths, over roads that were bumpy and cracked.
Posted by Catherine at 10:14 pm

I have enjoyed catching up on your latest posts (words and images)Catherine.
The writing course you are enrolled in sounds great - happy writing.
Enjoy the rest of the weekend too - hope they are free of nasty after-shocks. (Loved the photo of the doctored Carry On sign! Very kiwi!

lovely picture, the seagull on the lion made me smile. I hear you about crowds, not a fan of them myself.

such beautiful savouring moments you captured. and such an inviting sidewalk cafe, love them....I think the pelicans are the best, and they seemed to be getting a bit unwilling to wait any longer!