Decluttering, and Other Things 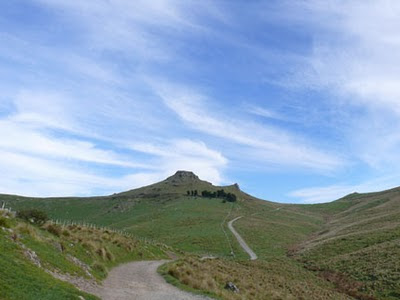 I have been decluttering, which has been as much mental as physical. On Saturday, I found that a good hill walk went a long way to clearing out some of the tension I was feeling over multiple work and other obligations.

The hills are astonishingly green, the result of an exceptionally wet winter and warm spring. In fact it was so green just here, my eyes hurt a little to look at it. 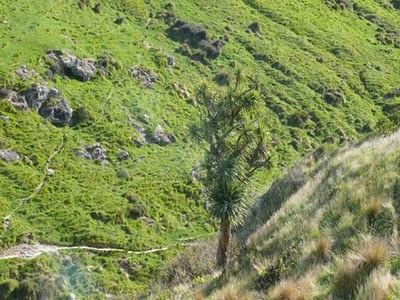 Since Saturday, I have been much better focussed on getting through my "to do" list. This includes some writing for an online course. I'd been putting it off for a couple of weeks, so I signed up for 750 words, and having been tackling the various exercises by "stream of consciousness" writing - not so much like Julia Cameron's morning pages, which the site is designed for, but more like Natalie Goldberg's writing practice.

The other part of my daily writing practice is to observe three specific things each day and record them in a notebook. More on this in another post.

Apart from the mental decluttering, I've been doing some physical decluttering as well. Mainly in my writing/sewing studio. I managed to get it tidied up enough that I could get through the small door into the attic. I wanted to check out the chimney for quake damage not visible on the outside, and I had also heard of people who had found their roof beams had cracked in the quake or aftershocks. Fortunately, there were no signs of damage. I also went and bought some more lever arch files. It turns out that these folders don't do too well with repeatedly falling on the floor every time there is a big aftershock. The rings that hold the papers in get bent out of alignment and won't quite go back. So I've moved all the papers concerned to new folders, and rearranged the shelves so that the folders sit on the bottom shelf.

Just as well - we had another big aftershock today. Power went off in some parts of the city, there were goods off the shelves in quite a few supermarkets, and the airport shut down for about an hour while they checked for damage. I was at work, just beside some metal shelving full of files, and it shook and rattled rather alarmingly. I was just about to stop trying to steady my computer and dive for the shelter of the desk instead when it started to die down. I never quite appreciated before how long the aftershocks go on for after a big earthquake.

Spotted the following on the way home from work - someone has edited this sign: 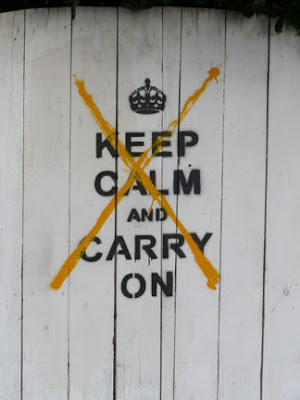 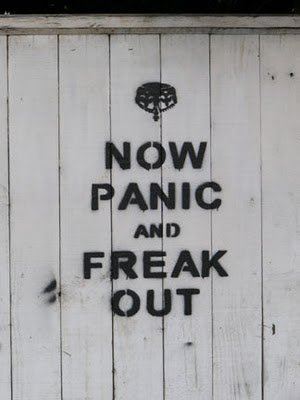 Posted by Catherine at 7:31 pm

I was so sorry to hear of more big aftershocks today. Unbelievable. Good luck with the writing. Love your photos. Today and yesterday.