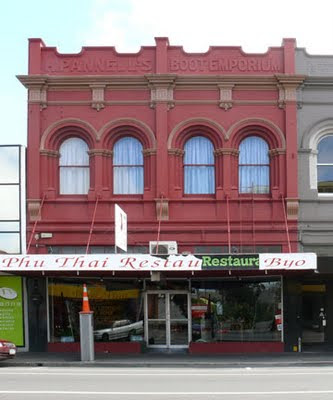 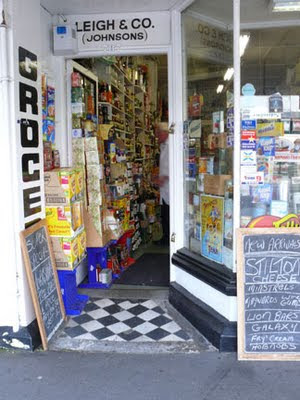 I seem to have been spotting the word "emporium" everywhere lately ( and it has joined my "favourite words" list). On the inside flap of Michele Leggott's new poetry collection, Mirabile Dictu, she says
If the effect is of a kind of poetic emporium I would be very pleased, having learned that the word reached us through the Greek emporos , traveller or merchant, from poros , a journey, a porosity, passing from one thing to another.

It's not a book that is a quick and easy read. There is a lot crammed onto the shelves of these poems. Leggott does nothing to help the reader by way of footnotes or endnotes (I suspect that if she was inclined to such explanations, they would fill as many pages as the poems, at least). Additionally, there is no punctuation other than slightly larger than usual gaps between some of the words, one assumes to indicate a pause or breathing space.

In one poem for instance, she refers to the "sky-blue stick" which I understand to be the tokotoko or talking stick presented to her as Poet Laureate.

I recognise as referring to the Maori word for blue, which is also the name of a blue cheese made by the Kapiti cheese company - but how many more references pass me by unrecognised?

In the next poem, she begins
somewhere in Canada Sharon Thesen
is driving a car

and google tells me that Sharon Thesen is a Canadian poet, who presumably from the context of the poem, appeared at a literary festival in Wellington, which switches abruptly from Vancouver to Oriental Bay, and visits various locations around Wellington - Otaki, Island Bay, Red Rocks - before returning Sharon to Kelowna and Okanagan, while encompassing (among others) Lucy Jordan, Tamara de Lempicka, Eliza Hannay, Frances Boldereff, and Finnegans Wake. (Google them yourself, if you don't recognise them!)

Many of the poems have fragments in italics which I assume to be quotes, but again (without resorting to google), there is nothing to indicate who or what she is quoting. I'm not sure whether or not it detracts from the poems to miss half the references, as I'm sure I do.

These are poems better appreciated detail by detail than in their entirety. The overall effect at times can be a confused jumble, if taken too quickly. The endings are not particularly strong, leading to a "so what?" reaction at times, but as in Johnson's grocery, taken item by item, line by line, there is much to delight. It's a book I'll be trying to absorb for quite a while yet.
Posted by Catherine at 7:07 pm

The cone balanced upon the street furniture adds something to the Thai restaurant picture.