The trouble with being on holiday is that I tend to sleep in. And the best part of the day, when it's cool enough to garden, walk etc is first thing in the morning. The southern hemisphere sun can be harsh on the skin in summer, however I did manage to get out for a walk today in that narrow window of time between "too hot to move" and "dinner time". I found myself puffing and panting, but I hope that will change within a few weeks.

And now, back to our family visit to Orana Park, as mentioned in the previous post. We rarely get all our "children" together now that the youngest is twenty, however we had a real family outing with only one of the five missing.

Orana Park is not a traditional zoo but a safari park, with the animals in spaces as wide open as possible, and moats in preference to heavy wire fences.

Mostly, we followed around a route timed to catch feeding times of the various animals. Of course, being summer holidays, there were big crowds all doing the same thing. So we didn't get a very good view of the lions which are one of the most heavily fenced animals for obvious reasons.

Never mind, I think the giraffes are actually way cuter. And it is possible to get up close and personal at giraffe feeding time - they seemed quite happy to keep eating, and eating, to satisfy the long queue of waiting visitors. 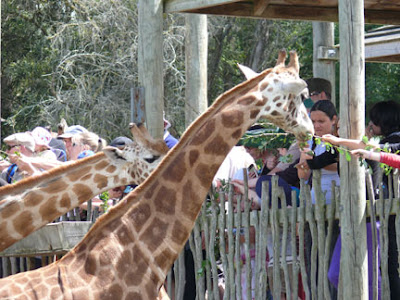 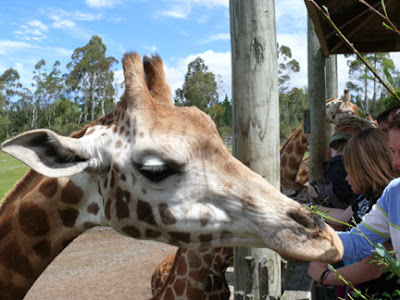 Also high in the cuteness factor are the meerkats: 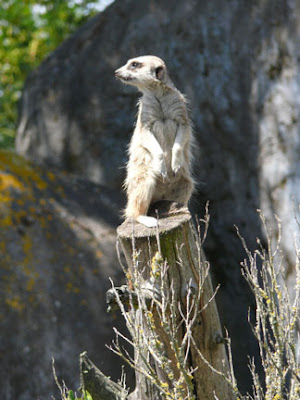 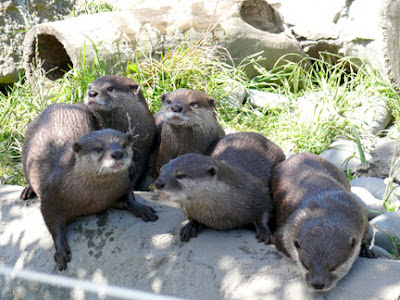 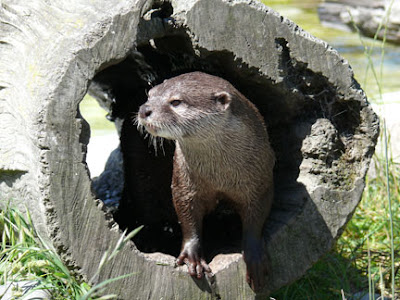 These are Asian small-clawed otters. They are more social than most otters, and spend more time on land. Apparently they are an indicator species - that is, if you have otters in a river or stream then it is an indication that the stream is healthy and unpolluted.

The otters are very frisky and act like a chorus line - they would be sitting in a grass, and all of a sudden would all dash off almost as one, with pauses to tumble over each other.

I suppose if we lived a more primitive life then we wouldn't be thinking of these animals as "cute". We'd be more concerned with whether they were good food, or whether they were competing with us for fish, or similar concerns. And I have to admit that from reports of how some of the animals can bite and scratch, they may be cute and appealing only at a suitable distance.

What's that they are eating? One young visitor was rather squeamish to see that they were eating whole one day-old chicks. Her father teased her about it: "Oh look, he's chewing on the beak". And then when she had had enough, he said, "We'll go somewhere else - somewhere they are eating two-day old chicks." I can't say that it bothered me - as long as I don't have to eat one myself!
Posted by Catherine at 6:39 pm

Catherine, thanks for prompting me about this new post. I love all the animals you show here!

I envy you that hot weather! We are very cold here today.