Over at Lynn's blog, Sprigs there is a discussion in the comments section of her Poetry Thursday post on haiku. I promised Lynn I would post pictures of the haiku pathway at Katikati, so here they are.
Katikati is a small town on the Coromandel coast of the North Island of New Zealand. We visited there when we spent a week at Mt Maunganui, a popular seaside resort area, a couple of years back. The haiku pathway was built as a millenium project. the pathway winds around a reserve by a small river. Each haiku has been selected to suit its boulder and setting. Below are a general view of the pathway, and then some photos of some of the boulders close up. I hope the haiku are readable. 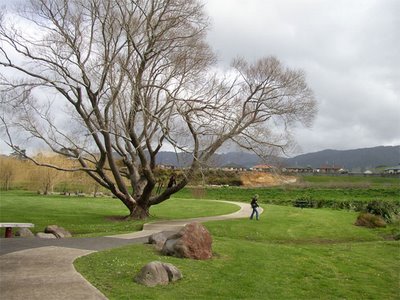 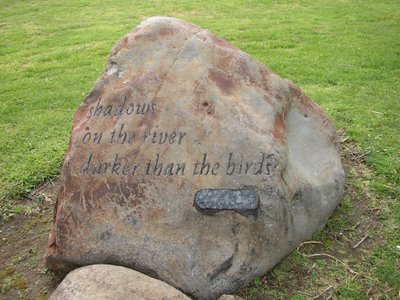 This one reads:
marathon effort -
the veteran runner
jogs his memory 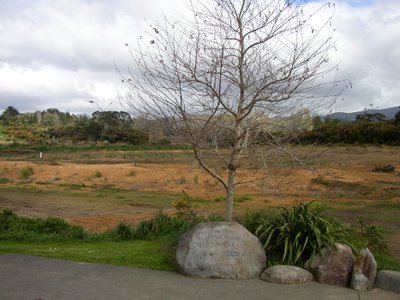 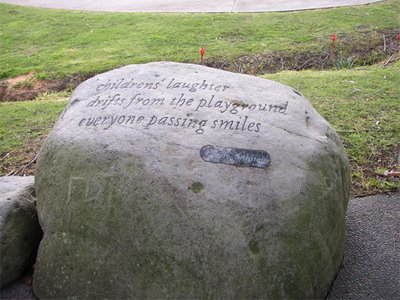 The other main feature of Katikati (which is a very small town) is its murals. This is an ongoing project started in 1991 to depict the history of Katikati in murals. There are small brochures available describing the subject matter and location of the murals. although they are easy enough to find - just walk down the main street and back up the other side (there really aren't many other streets). 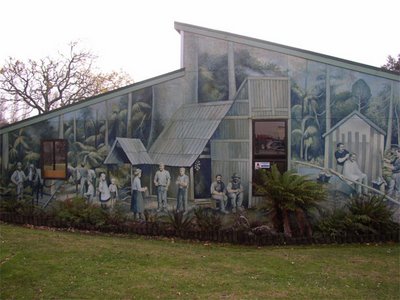 Quoting the brochure: "To supplement his stipend the Anglican Vicar farmed ostriches from 1897. Their frequent escapes is (sic) recorded here" 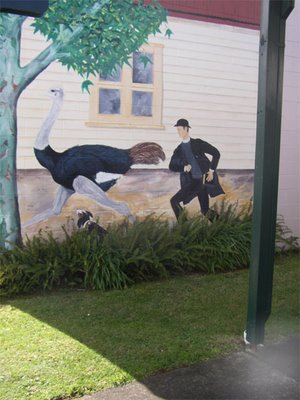 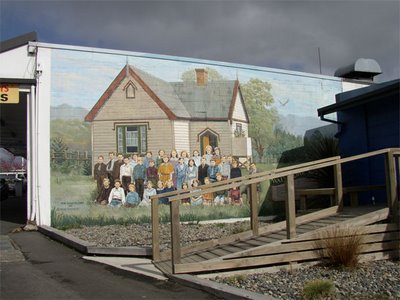 These colourful birds are pukekos. They are usually known by their Maori name, but they also have the English name of swamp hen. they can fly, but they don't do it often or very well. 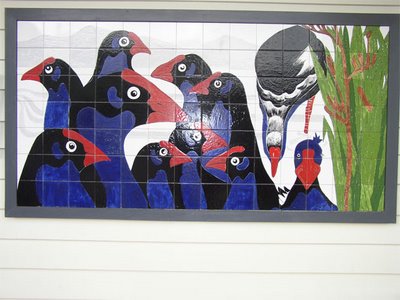 I'm in love with that place!!! I love the Haiku stones and the murals. How cool is that???

Here via michele, and what a fun visit!

I love it! The first pic is my favorite. Here from Michele's

Michele sent me to say "Konnichi wa" and wow what a fantastic idea for a public space!

Thanks for the shot of serenity.

Yes Lynn, that's a really cool tree isn't it? I have some more photos of my youngest daughter actually in the tree (that small figure in the photo is her. Unless it's the middle daughter - I know it's not the eldest because she wasn't on that trip).
It was August - mid to late winter here