Distance and the Internet 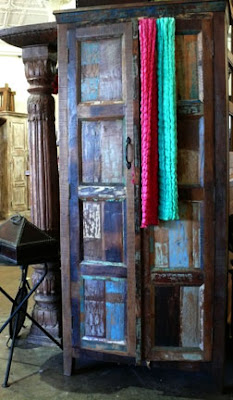 I used to think the Internet had shrunk the world. Now, I wonder.
Certainly, it was wonderful to be in almost daily contact with our young adult offspring when they were travelling. Our daughter criss crossed North America, not staying in one place for long, but she found an internet cafe every couple of days and we had frequent e-mails.

Then too, through blogging and various e-mail groups, I have made contacts from around the world, amazing people I would never have had the chance to meet before the internet.

As for my family history research, there is no way I could have done what I have done if I had to visit all the archives in person.

But lately (perhaps it's the greyness of winter) I've been feeling more than a little grumpy about how far away from everyone else we are down in this corner of the globe. It seems it's summer in Interwebland. Projects like Susannah's summer break are springing up everywhere. Prompts spring up on blogs all over the place that assumes the whole world is sunlit. People are travelling at the drop of a hat. Bloggers talk casually of going to Spain for a weekend, or Italy for a week, or gathering in Morocco. I used to think, oh well, Europe has a lot of countries close to each other, but North Americans are as isolated as we are. Until I started getting newsletters from VisitScotland in my inbox, offering amazing air fares from North America to Scotland, for about the same price as it costs us to visit Australia - and I realised that the North Atlantic is really quite narrow compared to the vast expanse of the Pacific.

Jenny Diski wrote in one of her books of being in New Zealand for a writer's festival and finding that people constantly commented to her that we are such a long way away. Which she thought was strange, because as far as she could tell, we are all exactly right here. (Only she put it much better than that). Well - true- but I think we do have that in common in New Zealand, that we feel very far away. I remember when we returned from the UK, flying across Europe in a couple of hours - less time than it takes to get from Christchurch to Sydney. And then we flew on, and on, and on... And after a couple of days in Singapore, we got in another plane and flew on, and on...

At the moment I'm reduced to taking surreptitious photos in various shops. (Why is it that it seems OK to take photos in Moroccan bazaars, but not in shops in one's home country - even if they stock the same goods).
Posted by Catherine at 6:02 pm

Technology is just technology. What we do with it ultimately determines how it impacts our lives. By that definition, the Internet is just a medium: it can shrink or expand distance. I guess it's up to us.

I'll take the glass-half-full position, as it's allowed me to follow your work. Definitely a distance-shrinker from where I sit :)