The weather has not been too great this week. I keep thinking of Ali and Jude on their tour round the South Island, and hoping they get to see some scenery through the rain. It was fine this afternoon, but I was delayed at work, so by the time I got out for my walk it started to rain. It cleared just long enough for the walk, and then near the end it started up again, so that I finished in the rain, and it has been raining ever since.

I walked in the gorge that I was looking down on yesterday. 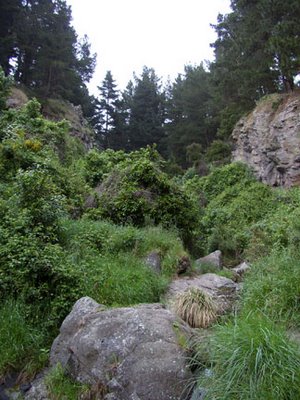 From here I couldn't see that the path continued over the rocks and under the base of the cliff - so I took the other path up around the cliff and along the top of the cliffs. It proved to be precarious and a very up and down affair - I was glad to have hands. 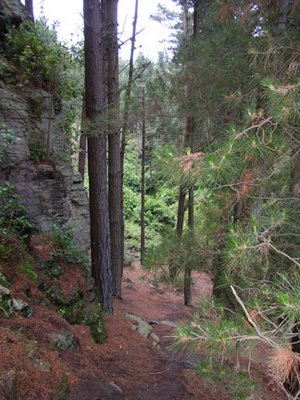 Near the top of the wooded part it is more open. Just above here it becomes farmland again, similar to my other walking territory (photos in an earlier post). 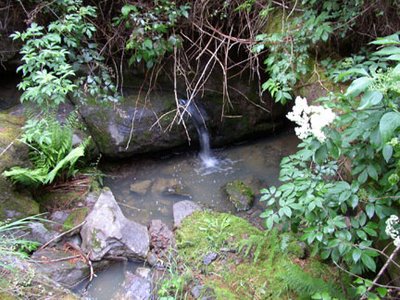 The stream at the foot of the cliffs. I returned along the lower track by the stream, it was a lot easier (but then, downhill always is). 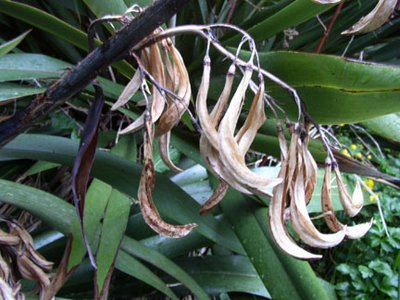 What breathtaking scenery you have! It looks like a challenging walk.

Wonderful pics! my son' highschool classmate and her girlfriend (both about 19 yo) are heading out shortly to NZ from Spain to live (do they really have to get this far from their parents, lol!), work and have the time of their lives...
Here via Michele's this morning!

I love these images. There's something magical about going on a walkabout and just capturing whatever we see.

Michele sent me, BTW. I'm so happy she did!