Over at Thematic Photographic, Carmi is asking us to share our favourite photos from this year. This post, however, is not so much about my favourite photos as the most significant. I'll never think about 2010 without our September earthquake featuring very prominently in my thoughts. So, I decided to post a collection of my earthquake photos, some from soon after and some more recent. It will take two or three years before the city is rebuilt or at least tidied up.

This week I read that in terms of the size of insurance claims, the Canterbury earthquake was the fifth largest ever. (Although it was dwarfed by the Northridge California earthquake of the mid 1990s). What that tells me is that we are very fortunate. There have been many bigger earthquakes. But the citizens of Haiti, for instance, mostly don't have insurance cover. No cover, no claims. And their possessions probably weren't very valuable to start with. So the size of insurance claims tells me that we are prosperous by world standards, and that we are well looked after in the event of catastrophe.

Still, that statistic did really bring home to me how amazing it was that no one was killed. Of course, as my daughter says, we should count those who died later of heart attacks brought about by stress - there was a significant increase in these in the following weeks. But that's not the way it's done, so according to the official statistics, no one died. Although there were some amazing escape stories. Like the teenager who was flung out of his bed on the first floor of his house, and landed on the lawn outside. He was scratched and bruised but otherwise unharmed. The wall of his bedroom had completely fallen down. (I think Americans call this the second floor, and what we call the ground floor is what we call the first floor - but anyway, he was one floor up).

One of our monthly magazines, North and South Magazine, chooses a "New zealander of the Year" every December. This year, they named "the People of Canterbury" for their resilience and spirit of caring after the earthquake. So, I'm a New Zealander of the Year - along, of course, with many others, a large number of whom probably deserve it far more than I do. My favourite photo is the "Keep Calm and Carry On" fence which I think well illustrates the New Zealand psyche - practical getting on with it, laced with wry humour. 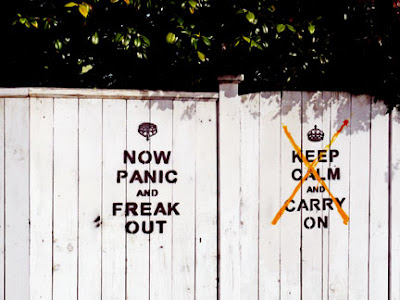 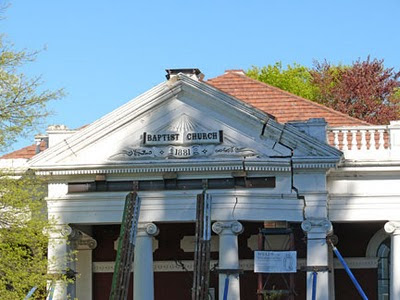 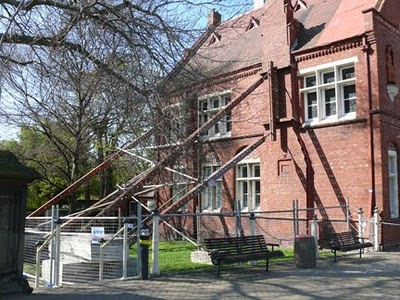 This building is used as an information centre and meeting place for arts events. It is closed for the next year or so. 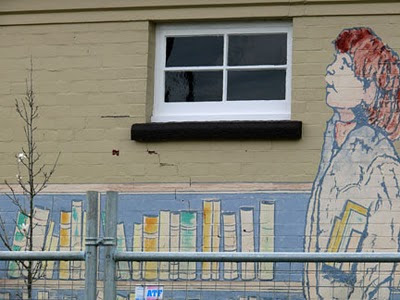 Our local volunteer library, with significant cracks in the brick work. 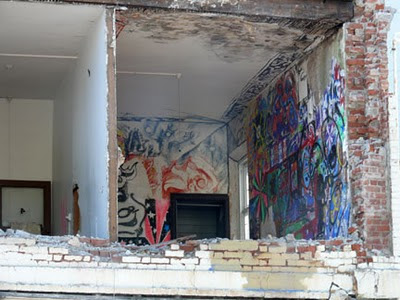 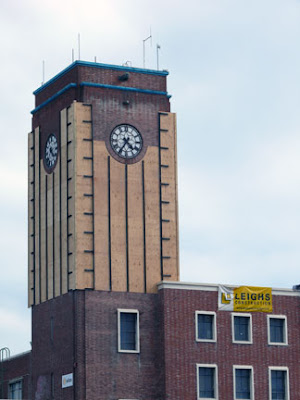 The clock tower has been temporarily sheathed in plywood to stop loose bricks from falling. The hands stopped at 4.36 am and it was restarted not long after this photo was taken. Some people thought that it should be left permanently at 4.36 to mark the occasion. 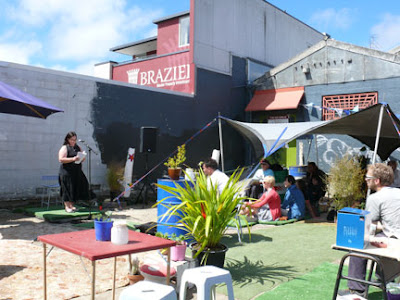 A movement sprung up to make use of vacant sites where buildings had been demolished. The gapfiller project used this site for music performances, movies and poetry readings over a couple of recent weekends. Some other sites will be turned into temporary gardens, until replacement buildings are constructed. Above, Marisa Capetta reading at a poetry event. 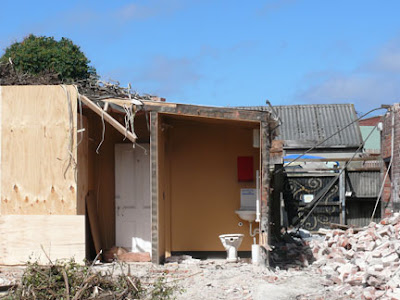 Next door to the gapfiller site, a very public toilet as another building is demolished.
Posted by Catherine at 4:25 pm

Well posted, Catherine - and some very interesting shots. I was born in Christchurch and spent my first 25 years there, and I have been very proud of the way the people of the city have dealt with this disaster.

Touching photos and story, Catherine. Thanks for sharing. I also like the humor shown in the first picture, with the fences.
I've heard the ground level floor referred to as both the first and ground floor here in America, but you're right, we always refer to the floor above it as the second floor. Until you cleared things up I just pictured him falling only a couple feet. I find it fascinating how the English language, and culture, has evolved so differently in the different places.

Thank you, Catherine, for choosing to share photos of such significance. Max is right: touching indeed. The one of the volunteer library stopped me in my tracks. In concert with the entire arc of this entry, it drove home just how deeply into the community this event managed to penetrate.

May we all have a safer, quieter 2011. And may we all continue to share our visions of our particular slices of the world. Wherever we are.

how i laughed at that fence (and the very public toilet) - love it!

wow what a story, and the images take it further.