The Riccarton Farmers' Market is held in the grounds of Riccarton House, a lovely historic home very near the centre of the city. It was owned by the Deans family, early settlers* who had the foresight to preserve a beautiful piece of bush (native forest) right near the heart of the city (probably thinking of future timber supplies considering that "conservation" wasn't a familiar concept back then).

I took a walk through this lovely area, which is now predator fenced, after looking at the market. It was difficult to photograph in the low light without a tripod, but I managed a few. 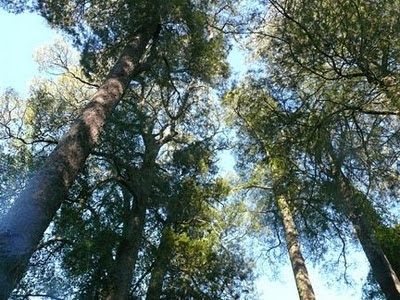 These kahikatea are the oldest trees there, about 300 - 600 years old. 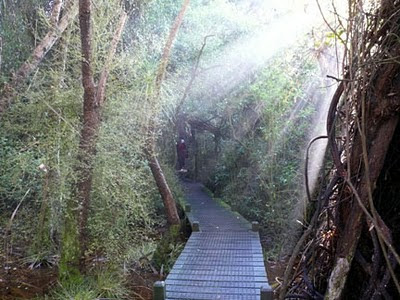 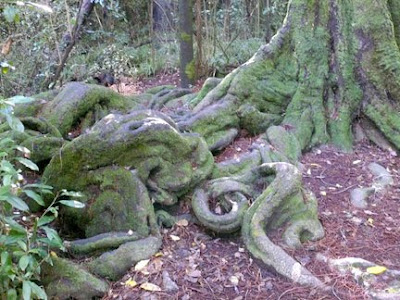 Gnarled tree roots are another favourite of mine

*Very early settlers. The English arrived in the "First Four Ships" in 1850, only to discover that the Deans brothers, from Scotland, had arrived overland from elsewhere in New Zealand and settled on the best farming land!
Posted by Catherine at 11:05 pm

your land continues to enchant and amaze me