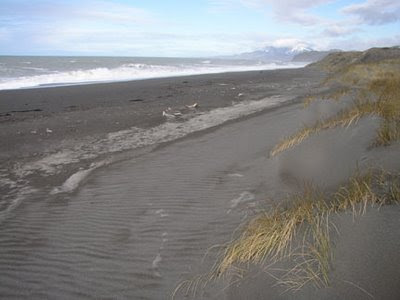 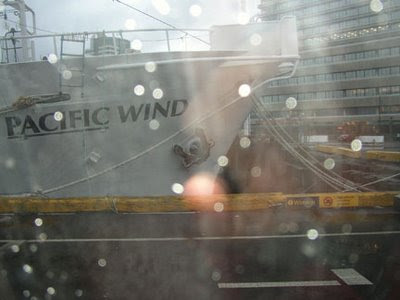 The rather aptly-named "Pacific Wind" viewed through the windscreen of the car, with little sparkly bits due to the rain on the windscreen.
Posted by Catherine at 6:15 pm

Just for one day - I would like to trade - it is cold here and that beach looks so lovely :)

Wintry adventures indeed - I hope you had a good book to read during that long wait at the ferry terminal! Winter doesn't seem that far off herein Dunedin these days. I hope the usual mild autumn temps don't bow down to the more wintry variety this year.

I am especially fond of your photo "Pacific Wind." The reason is the raindrops on the photo. It is so different.
Joyce

I felt the saltspray on my face - I love the beach in winter!