Birds of a Feather

As a would-be wildlife photographer, I am not very successful. My photo files reveal plenty of attempts to photograph birds, but mostly they come out blurred, tiny dots in the distance in the middle of the photo, seriously backlit, or just plain boring (endless photographs of gulls, which at least tend to stand still and not fly away until you come really close).

I recently visited an exhibition from the New Zealand Society of Nature Photographers at the Canterbury Museum, and the stunning photos there reminded me just how far I have to go to match their skill level.

Nevertheless, here are a few bird photos for Carmi's theme of the week. 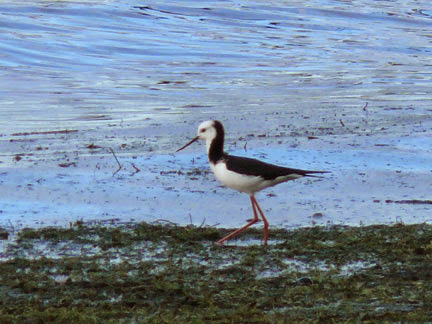 I captured the pied stilt while having a lakeside rest break on our recent trip to the North Island.

The rest of the photos were taken around Christchurch: 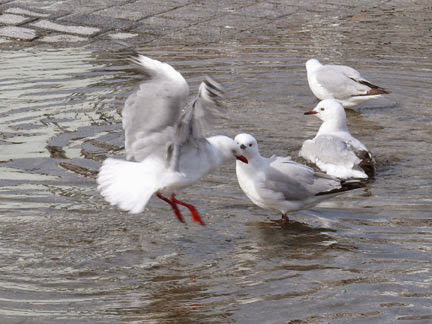 The gulls were bathing in a rainwater puddle in our rather earthquake damaged central business district. 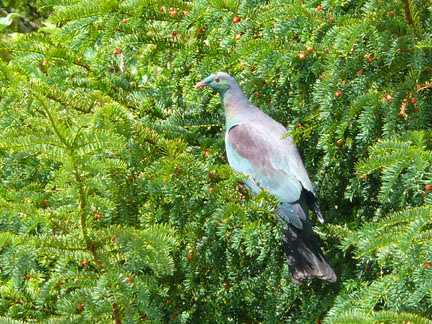 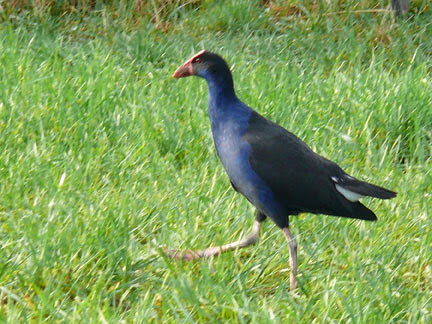 There are some rather swampy paddocks at the foot of the hill where we live. It's a popular hang out for pukeko (also known as "swamp hens", although this name is being used less often these days). 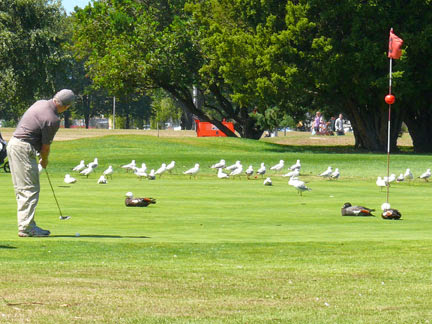 And lastly, gulls and ducks on the golf course in Hagley Park. This one makes me smile, because they didn't want to move, despite the best efforts of the man with the golf club. I guess they are very used to golfers, and rate the chance of being hit by a golf ball too low to make the effort to move out of the way.

Posted by Catherine at 5:49 pm

Those shore are birds!

It's been too long since I was at the beach. I was just thinking about how the sand pipers would run back up the beach ahead of an advancing wave, and then scurry back to the other way to pick up treats in the surf.

P.S. I remember a similar situation while golfing near Las Vegas. But it was bunnies who refused to yield the green.
~

Well done on getting the pukeko! I need to get a zoom lens before I can take photos like that. Mine are mostly gulls and shags, perhaps because I take heaps of photos at the beach.

Love the golf shot. Canadian geese are a menace like that.