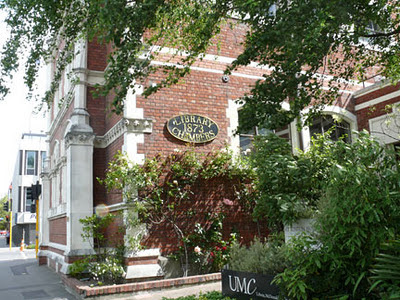 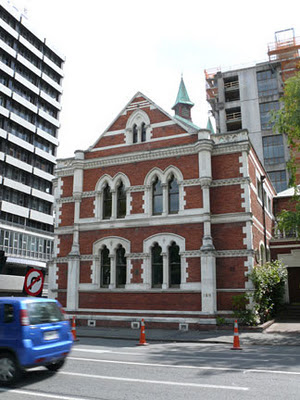 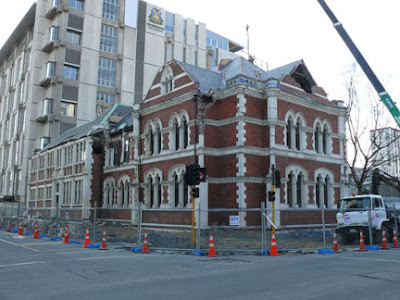 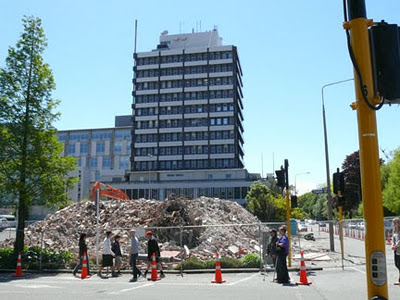 I haven't joined in on Carmi's "Thematic Photographic" game for the last few weeks. When I saw that this week's theme was bricks and mortar I was in two minds as to whether to join in. I have plenty of photos of brick buildings - most of them badly damaged. After a while, it can get a bit much at times.

This is the old Christchurch library buildings. I didn't grow up in Christchurch, but I had relatives here, and spent many holidays here. So I was quite familiar with the Christchurch children's library. The buildings had long since been converted to professional rooms, but were still lovely, and had many fond memories for me. However, they were badly damaged by earthquake - I'm not sure quite which one sealed the fate of the building - and it was pronounced they had to be demolished. The final photo is not actually the library buildings, although that was my intention when I took it. It is actually a corner one block away. But then, one pile of rubble looks very much like the next pile of rubble. Which is why we all wonder, when we can move freely through the central city again, how we will be able to get out bearings.

Sad news this morning, that the Christchurch Cathedral has been issued with a demolition order. The church now has to come up with a plan within ten days or have it compulsory demolished by CERA (the Canterbury Earthquake Recovery Authority). I'm not sure that demolishing everything in sight, even if supposedly unsafe, is the best way to "recover". We had all hoped that the cathedral would be at least partially saved.
Posted by Catherine at 9:12 am

Very sad indeed, Catherine. I was brought up in Christchurch, went to school (Girls' High, the old campus) and university (ditto) there. I am planning to visit in the April school holidays next year, but I know it will be a very sad pilgrimage indeed. The Cathedral is just the final blow - I walked through the square past it every day of my school, university and Teachers' College years.

The UK papers had a piece this week about the intended deconsecration of the Christchurch Cathedral. What a shame that it may have to go.
No matter what the building the last thing you want to see is it reduced to a pile of rubble like the one you show,

I too liked the library building - such a shame. I don't think I'll recognise christchurch when I go back next year.

Very nce photos indeed, I could look at buildings like these and never tire of doing it....I remember other photos you posted from here before, and a very touching story as well....what a struggle it has been.....but it makes a person stronger right.....