We have been having beautiful weather this weekend and I decided that after weeks of having the physio pummel my Achilles tendon I could trust it enough to go for a walk in the hills. Many of the walking tracks are closed because of the dangers of loose rock after the earthquake. So I headed for the Huntsbury Track, the nearest track to me that is open, probably because it goes along the top of a spur so there is not much chance of anything falling on the track (or the unsuspecting walker). 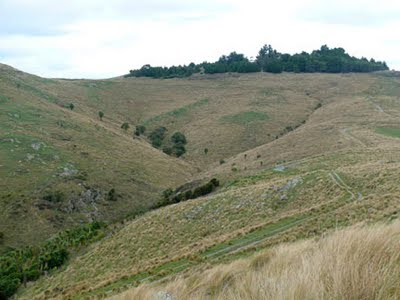 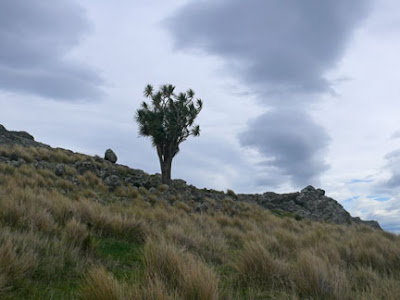 For some reason I've never walked this track before. I was surprised to find how far up the hill the road took me, so I was already half way to the top when I parked the car. That made it quick and easy to reach the top - probably about half an hour though I wasn't timing - and to catch a view of the harbour on the other side. 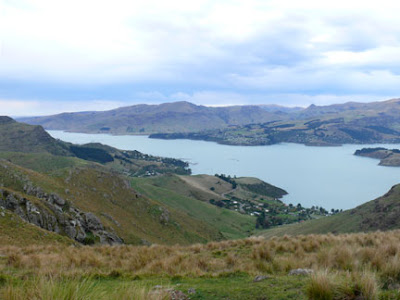 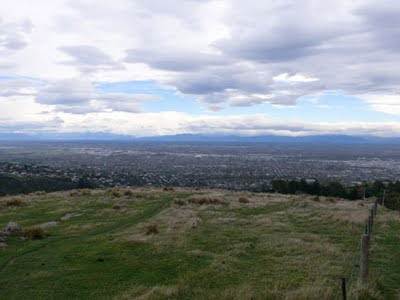 From up in the hills, the city spread below looked very normal. 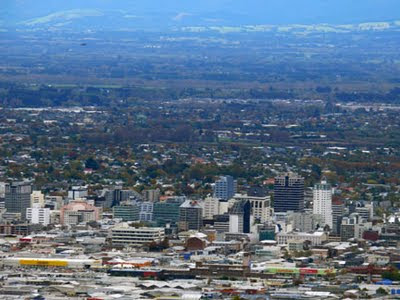 Although when I zoomed in, I could see the Science Alive clock tower sheathed in plywood to stop loose bricks falling - and once I figured where to look, the "leaning tower of Christchurch" - the Hotel Grand Chancellor, which has sunk on one side, and will have to be demolished. Easier said than done, it hasn't been quite decided yet how to achieve this without putting the demolition workers at risk, and without damaging surrounding buildings.

But for the most part, I forgot about the city and enjoyed the walk. 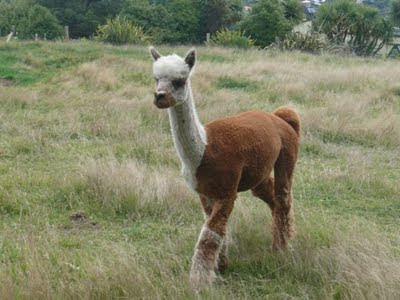 And when I reached the bottom again, I spotted this young fellow in a paddock, who was curious enough to wander over to check me out.
Posted by Catherine at 12:01 am