Our trip was timed to coincide with the Oamaru Victorian Heritage Festival - a week of celebrations held annually. There are various events such as a garden party, ball, street parade, penny farthing races etc, culminating in a Victorian fete on the Sunday. This is held in the historic precinct by the harbour, an area containing 19th century whitestone buildings which were once used as grain stores - rather more elaborate than such buildings would be today.

Oamaru was at the height of its prosperity around 1880 and had the same population as San Francisco. One town flourished, the other stagnated. Because of this, the old buildings didn't get pulled down in the cause of "development" and Oamaru has been proposed for World Heritage status.

Here's Harbour St the night before, bedecked with flags but rather empty 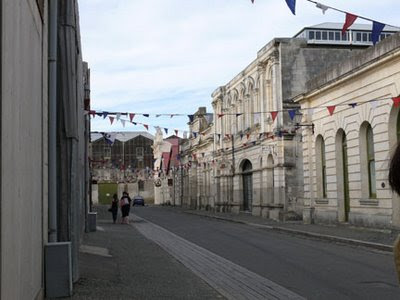 and here it is at the height of the festivities, complete with Morris dancers 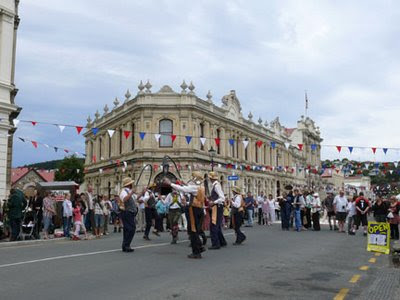 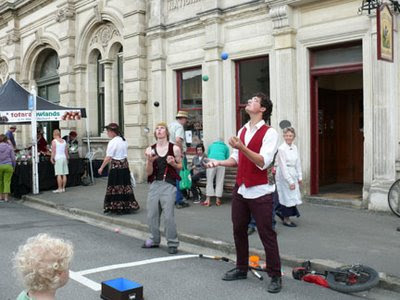 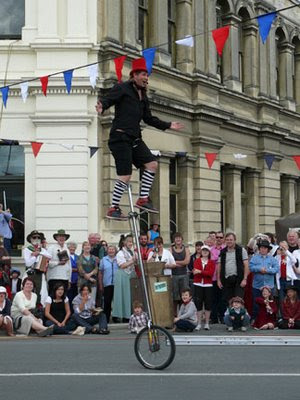 Traditional crafts were on display 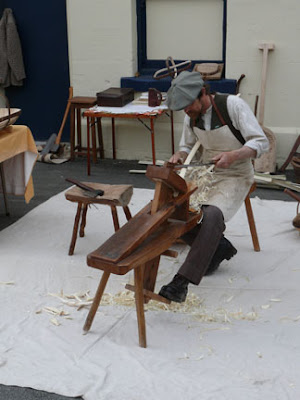 The locals really put a lot of effort into their costumes each year. I was talking to the first of these women, who told me that she has a new costume nearly every year, often making them herself. This one she had made, and may keep it for another year as she will be having a ballgown made for next year. 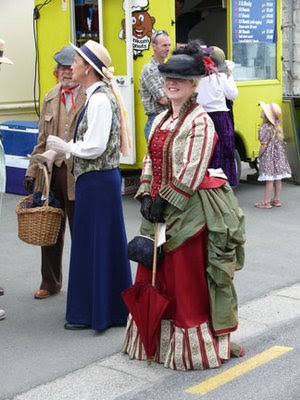 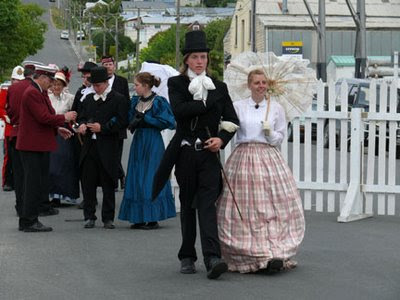 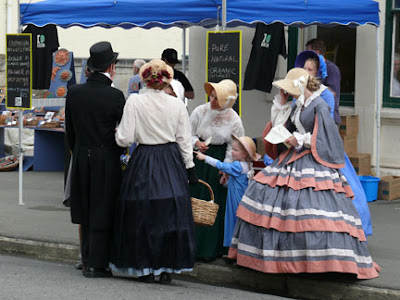 This girl's parents were running a street stall, and she was perched up on the windowsill just behind enjoying the festivities 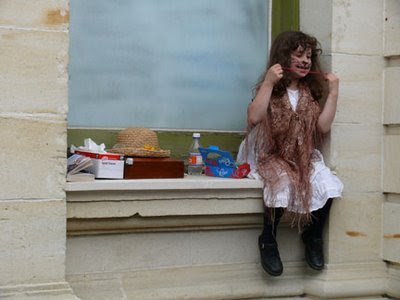 More to come
Posted by Catherine at 10:33 pm