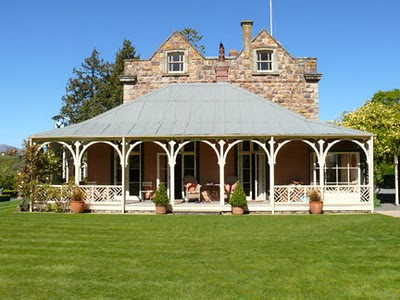 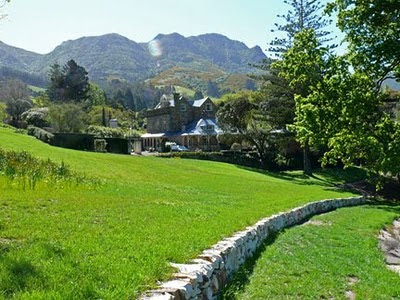 A year or so ago I had the opportunity to tour the beautiful gardens at the historic Ohinetahi homestead. This near derelict building and grounds was restored over many years with much hard work by architect Sir Miles Warren and his team. Sadly it has been severely damaged. The quake collapsed four upper gables and sent stones tumbling on to the building.

Other buildings have sustained even worse damage - however, this was one I have personally visited and had photos available in my collection.

Tomorrow I will cross the city for work and no doubt see more damage. In some cases, there will be gaping holes where badly damaged buildings have already been demolished.

We have had a relatively calm day after several big aftershocks overnight. The biggest at 5.4 had me wondering if I should get out of bed and take shelter. While I was still pondering, it stopped. Another of the same strength later in the night didn't even wake me. I guess I am getting used to them (and we are all getting very tired).

Apparently advice is that rather than getting out of bed, it is OK just to put a pillow over my head. Or to roll onto the floor and lie against the bed - then if the ceiling collapses, there will be a small safe space adjacent to the bed. (If the floor doesn't fall in. Our bedroom is on an upper floor).

I spent a couple of hours tonight discussing holiday plans with my husband. Our flights and a week of accommodation were booked a while back, however we still had to book a rental car and accommodation for the first night. It was good to forget about earthquakes for a while. And to know that they are rare in Australia, where we are heading.

Although it wasn't quite so reassuring to learn that in 1989 an earthquake in Newcastle, north of Sydney, killed 13 people and injured more than 160. And it was only 5.6 - not much stronger than the biggest aftershocks we have been getting. Of course, since earthquakes are rare in Australia, their buildings aren't built to cope with it, as ours are. That rarity is why I fully expect to forget about aftershocks for the two weeks we are away.
Posted by Catherine at 10:29 pm

That is so sad about Sir Miles Warren's house.