The Otago peninsula (just out of Dunedin) is known for its wildlife experiences, many of course, packaged and priced for tourists. I've been wanting for years to see the albatrosses, however Kay (who worked there last summer) had told me that the observatory there is closed from September to November for nesting season.

In the end I decided to take a drive out on the peninsula anyway, just to see what we could see. After all, we checked out of our accommodation in Dunedin at 10 a.m. and check in time in Oamaru (just over an hour away) wasn't till four.

I wasn't sorry. At Taiaroa Head 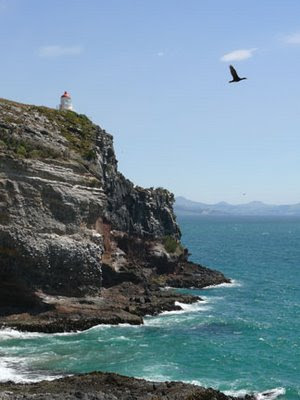 we arrived just in time to see a magnificent albatross soaring over the carpark - and it was entirely free to view. Just to underscore the size of this amazing bird, on one pass, it was followed by a seagull madly flapping its wings trying to keep up, while the albatross, many times its size, travelled in an effortless glide.

This is my best photo of the albatross. 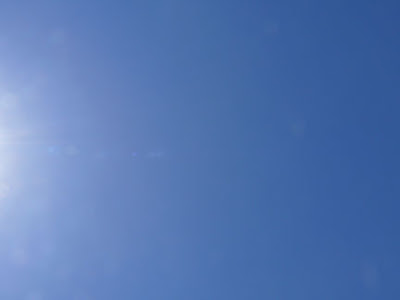 Yes, I missed it. (That's a duck in the previous photograph). I guess my bird photography skills aren't what I thought they were, the one in the post a couple of days ago being a lucky fluke.

We also spotted a sealion basking on the beach below. I hoped to get a "head up" photo but it wasn't cooperating. In the end we decided that it just wanted to bask in the sun, and we started to walk away, at which point it made a dash for the sea, which it had reached by the time I had my camera pointed. 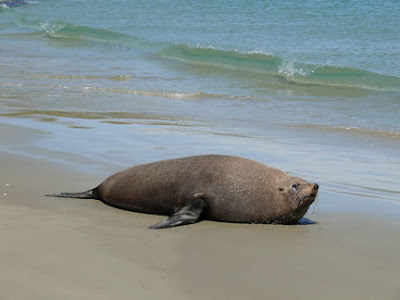 This beach had a sign up saying that penguins come ashore here at dusk, (from 8.30 at this time of year). If I had known that, I might have come out the night before instead of lounging on my bunk.

However we were headed to Oamaru which is known for penguins. Upon enquiry, we were told where we might see hoiho (yellow-eyed penguins) from about 5 pm on, at no cost, or little blue penguins from dusk, at a charge. So we tried for the yellow-eyed penguins first. The public viewing hide has been constructed on cliffs above the beach. These are not very social birds so they come ashore in ones and twos, their nests well apart. The pair we spotted were well down the beach. Can you see them? (This is maximum zoom - 12x - on my camera). 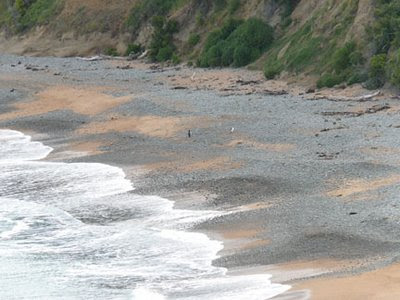 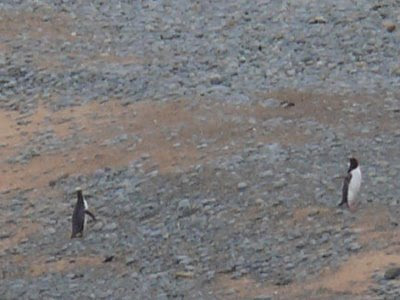 The little blue penguins are much more social and live in a colony. They have been protected by the fencing off of an area and predator proofing it, which has allowed for the building of a tourist facility and viewing stand rather like one at a sports arena. So, of course, a charge to view. The advantage though is the orange lights installed for easier viewing. Apparently the penguins don't see orange light and think it is dark. Strictly no photographs though, because the flash will put them off. (If I had been bolder, I would have taken a few shots of the early arrivals, before the flash was necessary. But I'm good and play by the rules, mostly). It was quite fascinating to see the rafts of penguins arriving (that's what each group is called), surfing up on the rocks on a breaking wave, and clambering over the rocks to get to their burrows.

Having paid the entry fee, I was a bit miffed the next morning when a young Japanese woman at the backpackers told me she had gone to see penguins on the beach behind the Whisky Company, at no cost at all (but of course, no orange light).
Posted by Catherine at 12:58 pm

Sorry I didn't tell you about the little blues coming ashore at Pilot's Beach - forgot about that.
A great report.