Today I headed down to Cashel Street for the opening of a new retail precinct. Most of the buildings in this street (the City Mall) have been demolished, making it safe to enter! - and dozens of shipping containers have been moved in and converted to modern-looking shops. 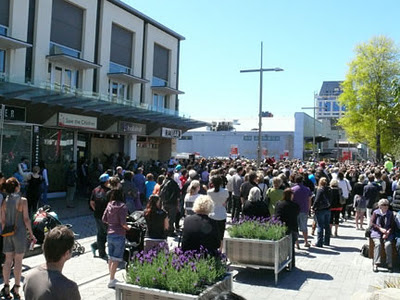 We arrived just as someone - either the Prime Minister or the Mayor, I couldn't see - was about to declare it open. The shops on the left of this photo are among the few buildings still standing in the street, but they are not occupied, presumably being in need of repair still. 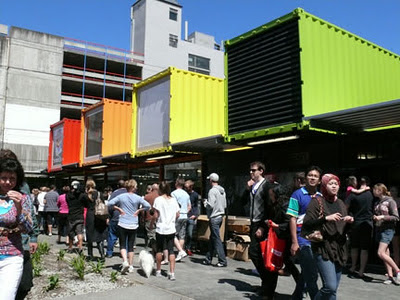 Once the crowd started moving, we headed towards Scorpio Books, who had chosen the opening day for the start of their annual sale. 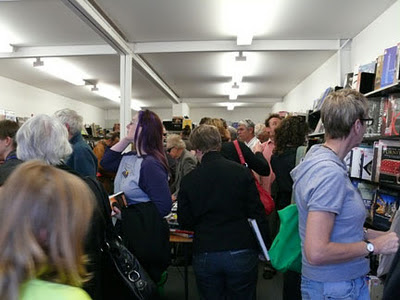 It was rather crowded inside but I did manage to come away with some purchases, mostly poetry. 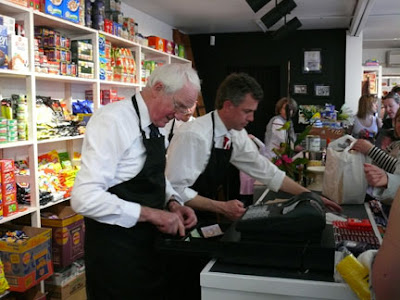 I explored a bit further. This is Johnson's, a specialty grocery store. It lacks its former old world atmosphere, but they have kept their old fashioned delivery bicycle. 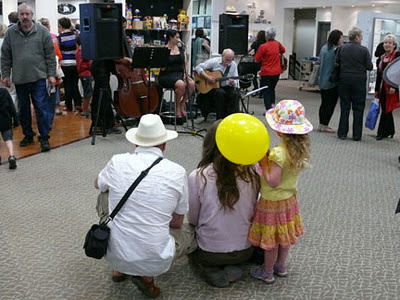 Ballantynes department store is operating partly from its former premises, the undemolished part, and partly from containers. Inside, a trio was providing entertainment 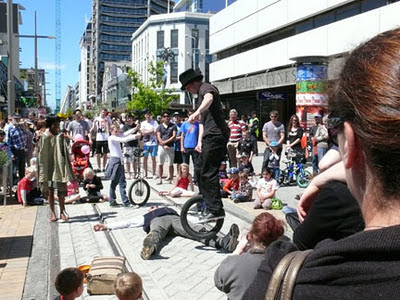 while outside, this busker drew a large crowd. 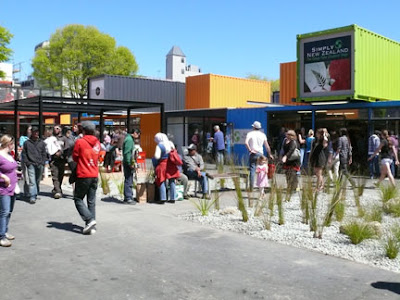 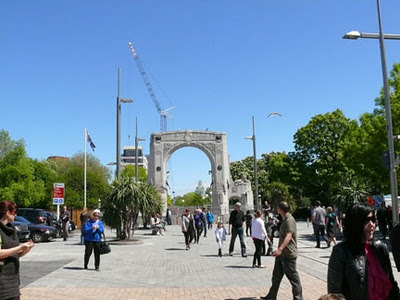 The Bridge of Remembrance stands at the start of the Mall. However, due to earthquake damage the bridge itself is still closed. The carpark on the left of the photo stands on the site of the Bog, among other shops, an Irish bar where I have enjoyed a few pub quiz nights in the past.

Apparently around 10,000 people enjoyed the opening. It will be interesting to see how successful these shops are longer term. Will people come into town just to shop, given that all the lawyers, accountants, and hotel guests who would normally shop here have closed down or moved away from the central city?
Posted by Catherine at 10:33 pm