It's not very far from Fort William to Inverness - around 60 miles at a rough approximation - so our plan was to drive through the "Great Glen" to Inverness, find accommodation for the night and then head northwards to see how much we could look around before heading back to Inverness for the night.

Scotland is almost split in two by the "Great Glen" in which a string of long narrow lochs are connected by canals, and the road doesn't rise very much above sea level, although there are mountains on either side. So the route is fairly direct.

First though, since we had skipped Glen Coe, we decided to take a side trip of ten miles or so up Glen Nevis, which curves around the bottom of the mountain range which includes Ben Nevis, Britain's highest mountain at 1343 metres or about 4000 feet.

That "small diversion" took us almost three hours, taking photographs of the scenery, at first through the mist, and then in clearer weather. 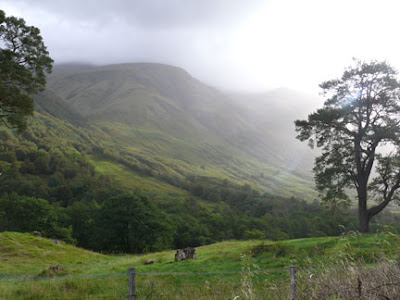 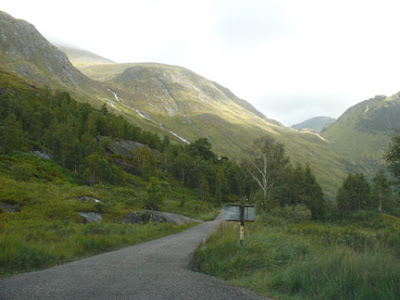 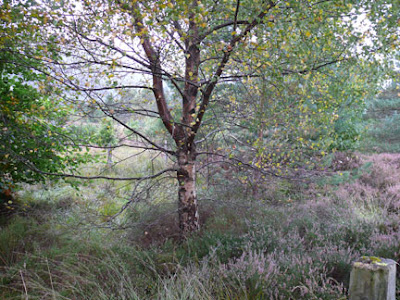 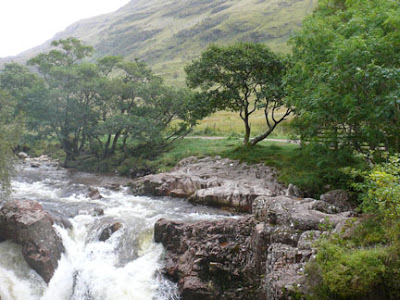 Finally we were on our way again. A couple of small lochs - Loch Lochy and Loch Oich - and then we reached Fort Augustus on the Caledonian Canal at the western end of Loch Ness. We made a brief stop to look around (and buy ice creams) 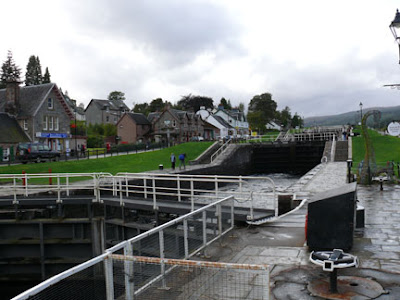 and then continued along the northern shore of Loch Ness. The map shows the road travelling right beside the loch, but in fact it is enough above the loch that vegetation screens it from view for a fair bit of the way, and when it can be seen, it is nothing remarkable. In my opinion, it's not the most well-known lochs that are the most beautiful, but some of the smaller ones. Of course, Loch Ness is really known mainly for the monster. No, we didn't see it, although suggestions were made that if I took a swim in the loch other tourists might report sightings!

Half way along Loch Ness, near the small settlement of Drumnadrochit (I'm never quite sure what is the dividing line between a town or village), is the ruined castle of Glen Urquhart. We parked at the visitor centre and admired the view from above - the castle is on the shores of the lake down a steep slope. The wide earth-topped wall of the car park provided a fine vantage point to take photos. 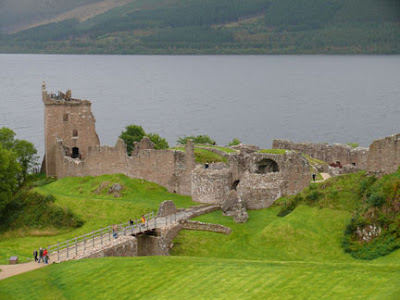 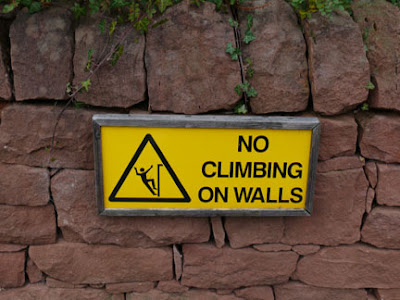 Drumnadrochit has a Loch Ness visitor centre, which is reputed to have rather kitschy exhibits on the monster, but we didn't stop to check it out. As we approached the centre of Inverness we started to find b & b's lined up along the road, so we found a place to stay, acquired the key, and continued into the centre of town. 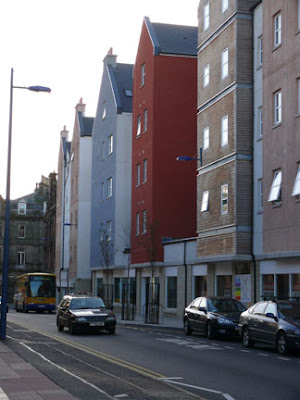 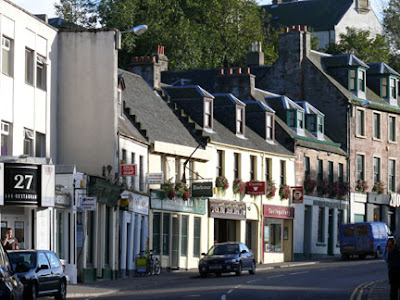 We went to the information centre thinking we would be able to get a map, but found that since it was a Sunday, closing was at 4 o'clock and it was just after. We were parked by the railway station, so I thought I might find one there. It wasn't too silly an idea - there were all sorts of tourist brochures, but the only map was a big fixed map on a stand.

The trains were very colourful: 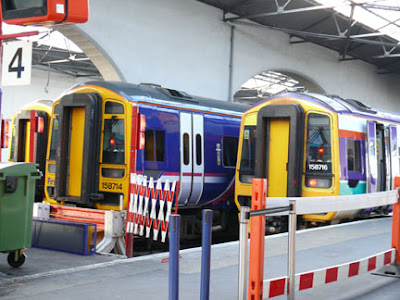 So we headed off mapless. I wanted to see the small town of Dingwall where some of my ancestors had lived in the early 1800s. Dingwall lies at the head of a long inlet, the Cromary Firth, and is Scotland's smallest Royal Burgh (originally a town with the privilege of holding a market). It has declined in importance since it's harbour silted up. Though the link above describes it as a "bustling market town", I didn't think it amounted to very much, though perhaps our visit was too hasty.

We continued north along the Cromarty Firth: 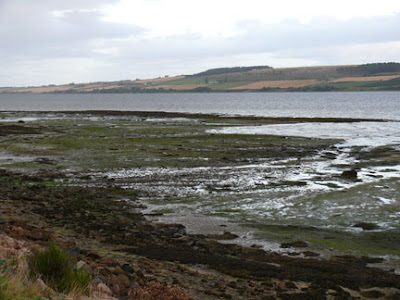 then through Tain, across the Dornoch Firth and then a mile or two east on a side road to Dornoch 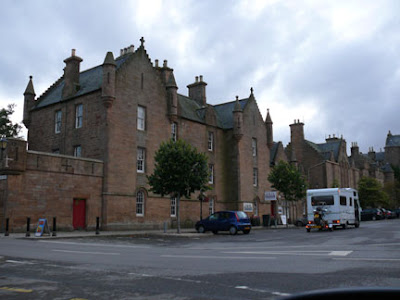 These are both Royal Burghs - the road by passes the centre of Tain, but I thought Dornoch looked more substantial and interesting than Dingwall - however by now it was approaching sunset, so time to head back to Inverness and look for a meal.

We parked near the station again, as I had noticed several promising looking cheap restaurants on our walk earlier. Again, it pays to note the day of the week. Most seemed to have closed early, it being Sunday, so we eventually had to settle for our third choice, somewhat pricier than the others - but at least it had free wireless internet!
Posted by Catherine at 9:58 pm

Great selection of photos, specially the first misty one.

Lovely photos - Scotland really doesn't look as if it's changed at all in thirty years!